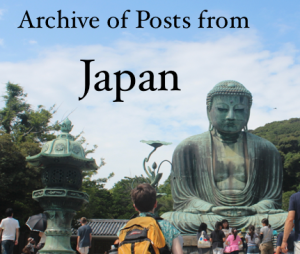 During the summer of 2014, I went to Japan with the Japan-U.S. Teacher Exchange Program for ESD (Education for Sustainable Development). That’s a long name! Basically, it was a fellowship run by Fulbright Japan, co-funded by the Japanese government and the U.S. government. The program gathered 24 American teachers and 24 Japanese teachers to visit each other’s countries and learn about inspiring and empowering students to make the world a better place. We visited schools and cultural sites, and met to plan collaborative projects between American and Japanese classrooms. I spent time in Tokyo and the city of Kushiro, on the Northern Island of Hokkaido. The following summer, 2015, I went back on a vacation and visited with several of the Japanese teachers that I met the summer before.

Posts from our Preparation Conference in San Francisco: