Another awesome guest post from 6th grader Athul. Who would have thought that he could rival last year’s elephant post?

This summer, I went to India just like before but went somewhere totally different from last year. This year, I went to a place called Kumarakom, a popular tourism destination near a city called Kottayam in Kerala, India. Set into backwaters of the Vembanad Lake is one of the largest freshwater lakes . . . no, it is the largest freshwater lake of all of Kerala and, Kerala is a BIG place. The most popular way to enjoy the scene is on something called a houseboat. This is when things get interesting, because if you look at it literally looks like a long beach hut fit right onto a boat which apparently is the reason why it’s called house boat.

The inside looked just like a mini house, having a tv and one couch and two long curved benches (to cover the front of the boat)

There was also dining room, bedroom and a kitchen: 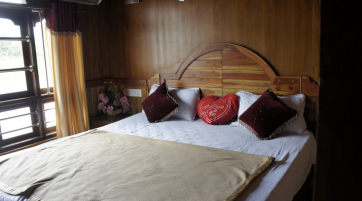 The food was cooked on board and it was awesome. It contained fish fry, fish curry, chicken curry, shrimp fry, vegetable curry and some yogurt to wash off the spiciness, especially the fish curry which was the spiciest dish. 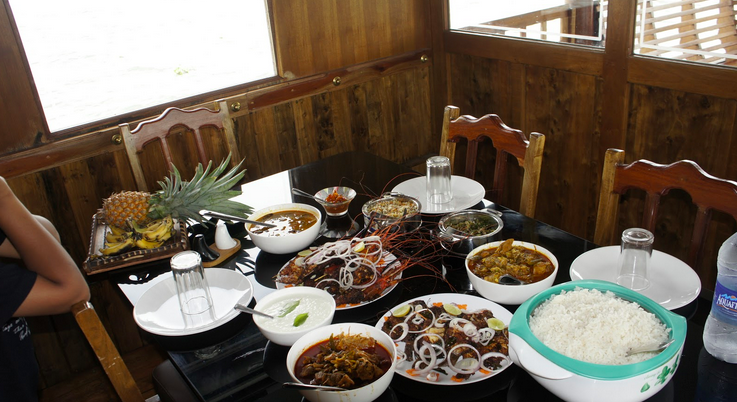 But the main highlight was the shrimp. It was nearly as big as a lobster, which was the biggest shrimp that I’ve ever seen in my life! 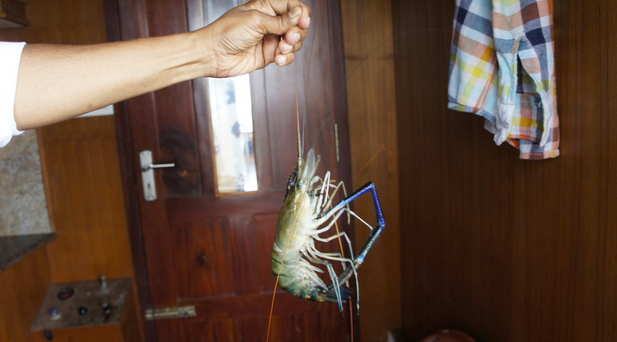 Shrimp compared to my Dad’s hand

I hope you enjoyed my blog about Kumarakom. I’m sure you’ll love the experience of travelling in a house boat. If you liked this blog try to read my other one called “Close Encounter with Temple Elephant” which I did last year. Thank you!