Living Under a Volcano

Ólafur Pálsson’s farm has been in the family since 1886, and it sits just near a small volcano in Southern Iceland. Their primary work has always been in the dairy industry…

…until everything changed in 2010. The volcano near their farm is called Eyjafjallajökull, and though it is difficult to pronounce (AY-yah-fyaht-luh-YOH-kuutl-uh), it was all over the international news when it erupted in May of that year. 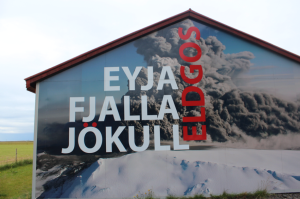 At first, it was a magna eruption, and tourists were coming from the city to watch the beautiful lava flowing. After that, things took a turn for the worst. It turned into an ash eruption, and spewed fine black ash for about six weeks straight. The ash was carried in the wind for miles, causing over 95,000 flights all over Europe to be cancelled. Actually, it could have lasted longer, even a year, so we were all very lucky. 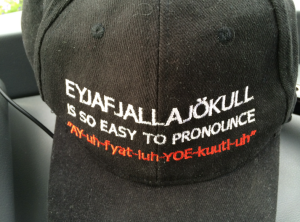 Many farms were destroyed in this area. Not only did the ash cover everything, including the fields where the animals needed to graze and the food needed to be grown, but the glaciers atop the mountains began to melt. As the volcanic heat melted the ice, big floods of water came rushing down and flooded the area.

Ólafur and his family were smart. They had a friend take documentary film footage of the whole experience, and then they opened a tourist center to teach visitors about the volcano. My group went there today. It was a little weird to see pieces of lava for sale, but it was really interesting to meet this family and learn about their experience. 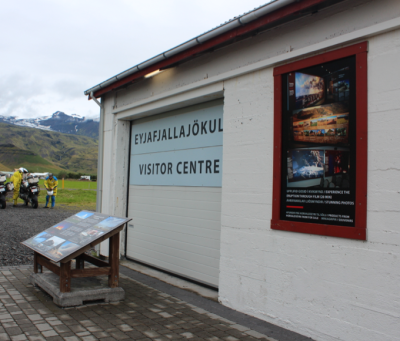 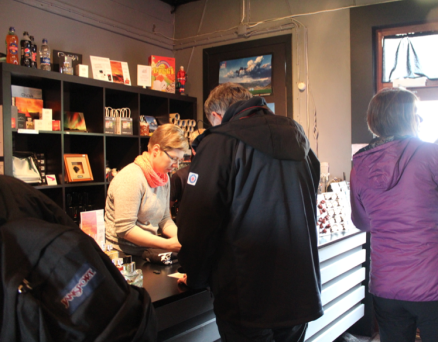 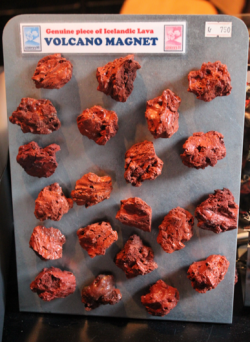 Living through a volcano eruption sounds very scary, but thanks to modern technology, all of the people survived. Scientists today can monitor movement very accurately, using several tools including very accurate GPS devices. 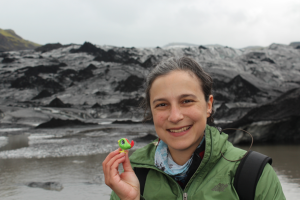 They were able to tell families like Ólafur’s to evacuate when things were getting really bad.

It’s safe to get close to these volcanos and glaciers, because we would have warning if something were to happen. So, that’s why I felt totally safe this afternoon, when I got to visit a glacier in the area and see the way that the ice and ash gets all mixed up.

It was really beautiful, but I wouldn’t want that ash or ashy water all over my house!

The people here are used to this kind of climate, so it’s not so strange to them. Even the beaches are full of black sand. And they are really beautiful! Today, some families try to protect against possible natural disasters. For instance, while driving on our bus, we passed a house that had planted trees above their farm in order to stop any damage that might come from a landslide. That’s a smart idea, right? 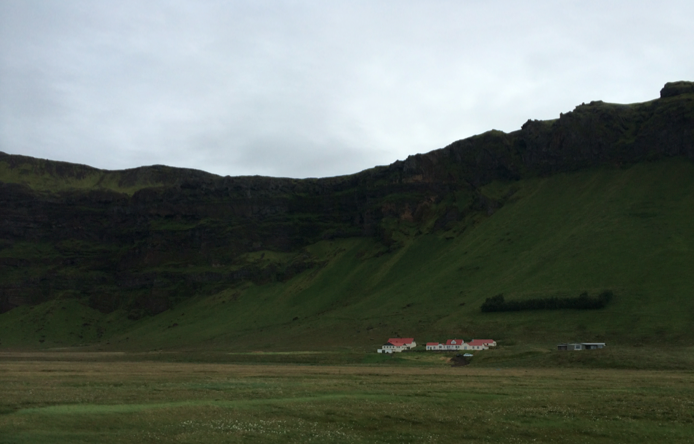 I would be afraid to live with this risk, but Iceland is way safer than the United States in other ways.

For instance, very few people have guns, and crime is really low there. In fact, there are only a handful of people are in prison in the whole country! When we took a small flight from one part of Iceland to another, there was no security line and no metal detector. It was shocking to me, but I wish our country was so safe that there wasn’t a need for all that security.

People in Iceland accept the risk of volcanos, floods, and landslides because they love their country and this is their home. Their families have long histories here, from the old days when houses were often built of sod. 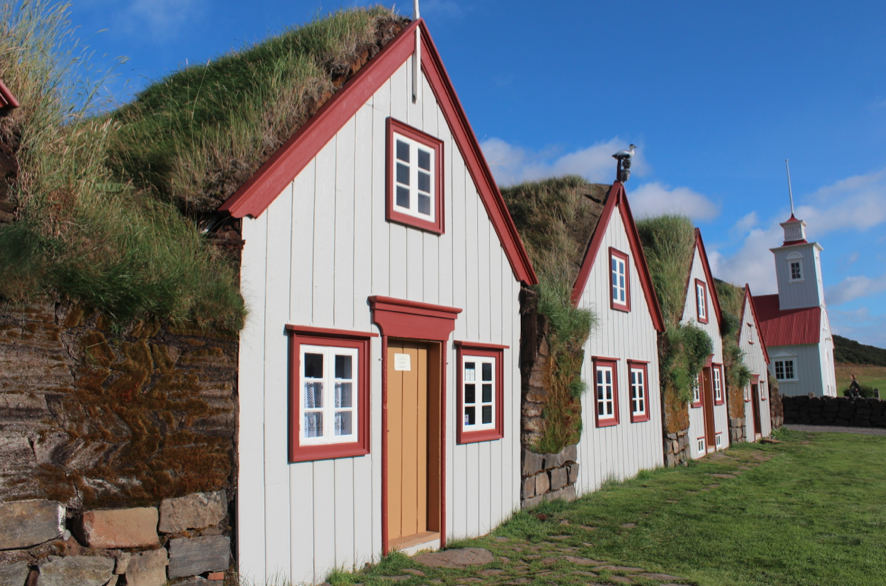 We got to visit the Skogar Museum today, which was a historical site sort of like Plimoth Plantation. There weren’t re-enactors, but there were real houses and artifacts that had been in the family for over 150 years. It was neat to see how people used to live in Iceland. 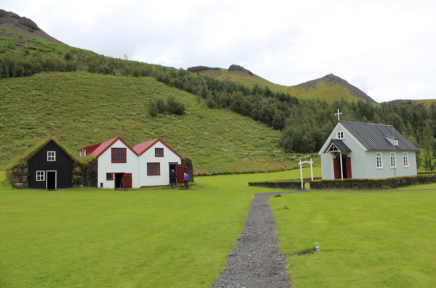 The houses and a small church 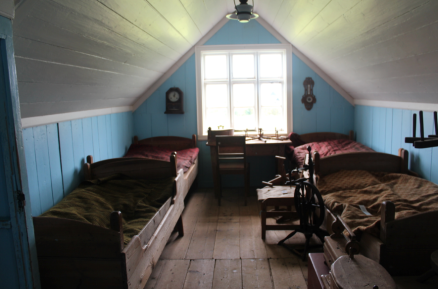 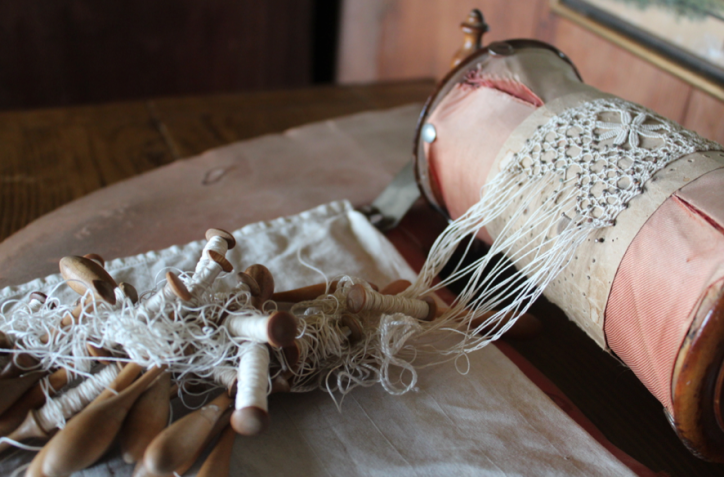 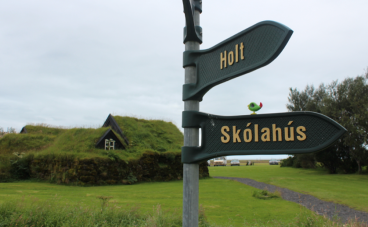 Loki visited the old houses too 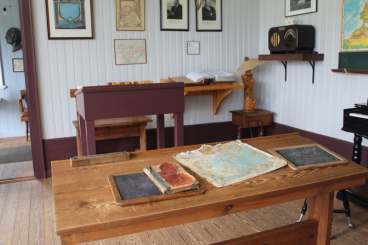 The old one room school house 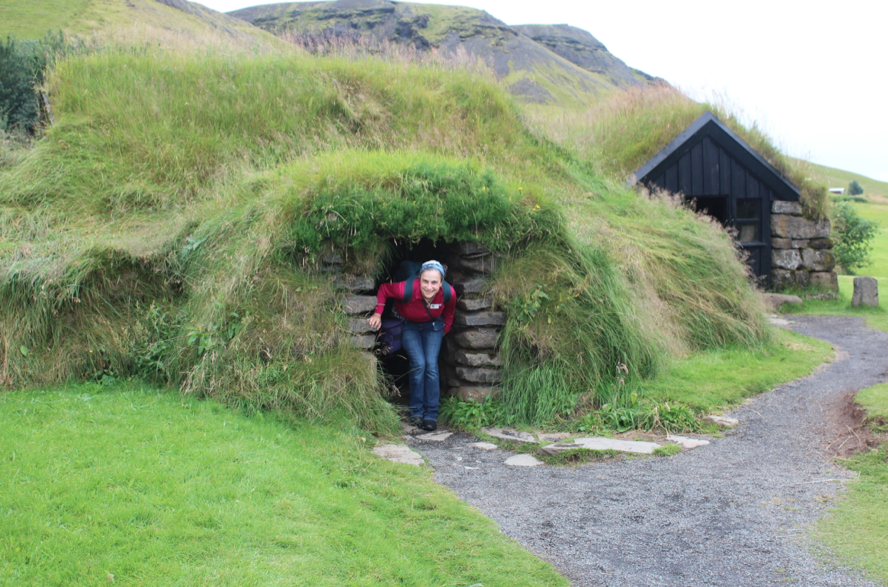 There’s a lot of history and beauty here, so I can see why people love it here. If there were a volcano near your house, would you move? I’m pretty sure that the Icelandic people aren’t going anywhere.