A Volcano is Erupting!

The start of school. Moving to a new home. These seem like important events in my life, but then I remember what it would be like to live in Iceland. There’s a volcano erupting right now! Activity at Bárðarbunga Volcano did not start until after I left Iceland, but now it’s in full swing. 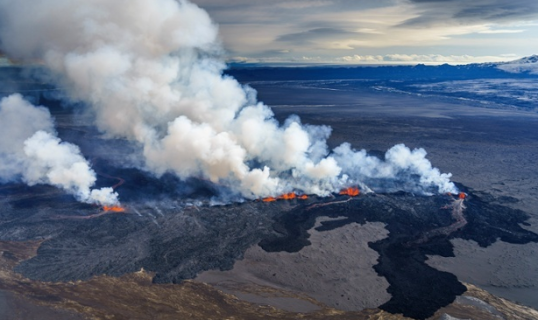 You might wonder why it looks like a strip of lava instead of a single stream from the top of a mountain. That’s because the eruption started happening UNDER a glacier, and the lava flowed for days before it melted through the surface. Now, there’s basically a river of lava flowing for many miles, spewing very high. Imagine lava bursts of up to 130 meters high, which is higher than a 40 storied building! Scientists have actually photographed this eruption from space. 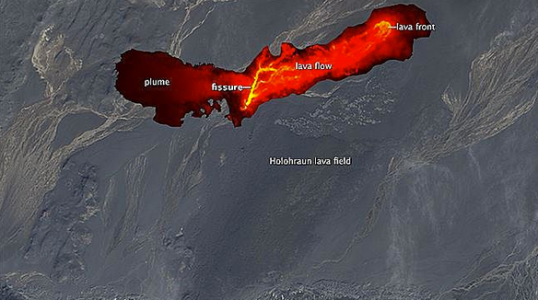 Infrared image taken by NASA from satellites in space on Sept. 1st

When I was in Iceland, I didn’t see anything like this. However, I did see LOTS of dried out lava fields as we drove around. This is dried out lava that probably erupted thousands of years ago: 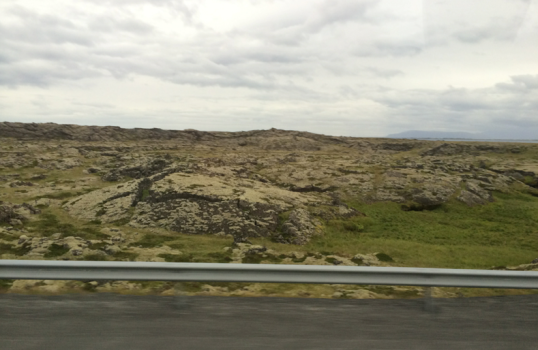 Lava from many years ago…

I did see evidence of more recent volcano activity, like black ash from the eruption of Eyjafjallajökull which I wrote about in my post a few weeks ago, Living Under a Volcano. In that post, I even posted a video of my visit to a glacier, where you can see the ash mixing with the ice. I’m glad that I didn’t witness a volcanic eruption in Iceland! I’m lucky that I have seen an active volcano though. Back in 2006, I traveled to the Pacaya Volcano in Guatemala, and I hiked up that volcano while it had lava flowing out of it! I did take some video footage, but at the time, my camera wasn’t quite as nice. In any case, now I’m publishing this “never before seen footage” for the first time:

As you can see in the video, we were able to see the lava flowing right next to us, getting pretty impressively close, while staying safe. 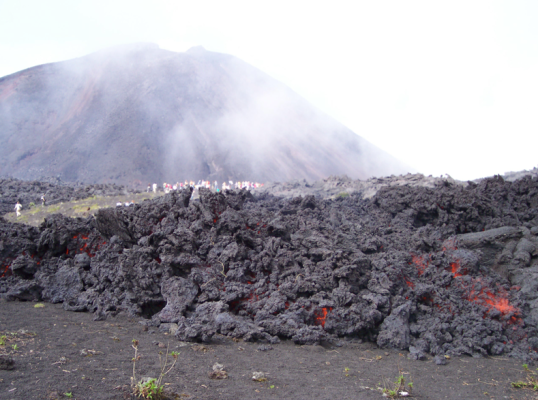 The Pacaya Volcano in Guatemala, with hot lava that just flowed from the top.

The people that led our hike told us where it was safe to stand, and we could also feel it ourselves. Obviously, if the lava was red and flowing, I stayed back. But in addition, I could feel the heat coming from some darker rocks, so I knew to back up when it started to get uncomfortable. It was like walking up to a campfire and feeling a little burn on your skin. 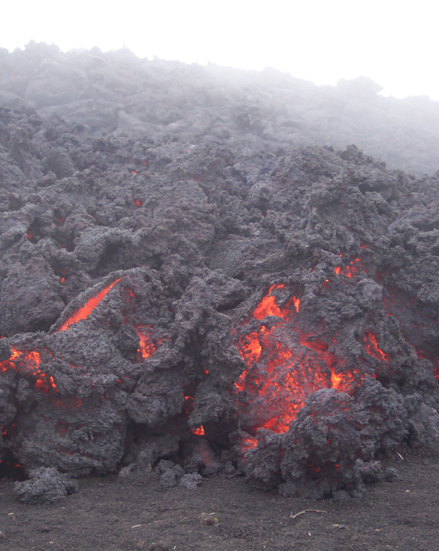 Here are some photos that show the dried up lava at Pacaya. This lava was only a few days old, but totally safe to walk on. 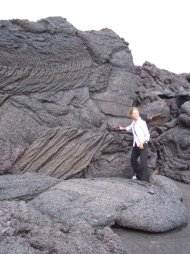 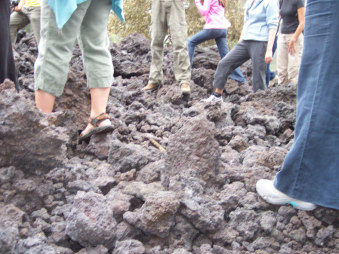 Personally, I think volcanos are really interesting, and this is one of those moments when I wish I taught science! Did you know that during this eruption, over the past few weeks, there have also been thousands of earthquakes in Iceland? Every day, more news comes out of Iceland, and the situation is changing rapidly. They’re expecting that the volcano will start spewing ash soon, which could cause some additional problems, though not necessarily flight disruptions like last time. Right now, people are evacuated from the area of the eruption, so don’t worry — everyone is staying safe and nobody is under that lava! 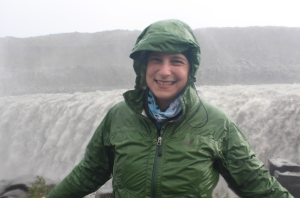 The biggest risk is flooding due to the giant glacier that is being melted by the volcano. Remember the Dettifoss Waterfall that I wrote about in my Waterfall Pageant post? It’s currently closed due to the risk of massive floods. So, even though Iceland is a little country, with only about 320,000 people living there, please keep them in your hearts at this time. And if you want to follow the eruption as it unfolds, I recommend checking out these two sites for more information: the Icelandic Met Office and the Iceland Geology Blog by Jón Frímann. Whether you follow volcano news or not, know that BIG things are happening over in little Iceland.

6 thoughts on “A Volcano is Erupting!”