Today, we went out on a boat to see the puffins! 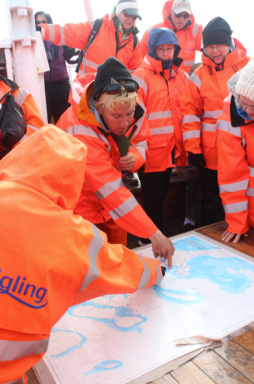 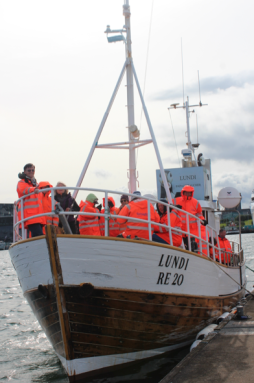 Why puffins? Well, there are two main reasons which I hope to prove in this blog entry: 1) Puffins are adorable and 2) Puffins are one of the only unusual animals in Iceland. First of all, here are some cute photos that I took of the puffins! 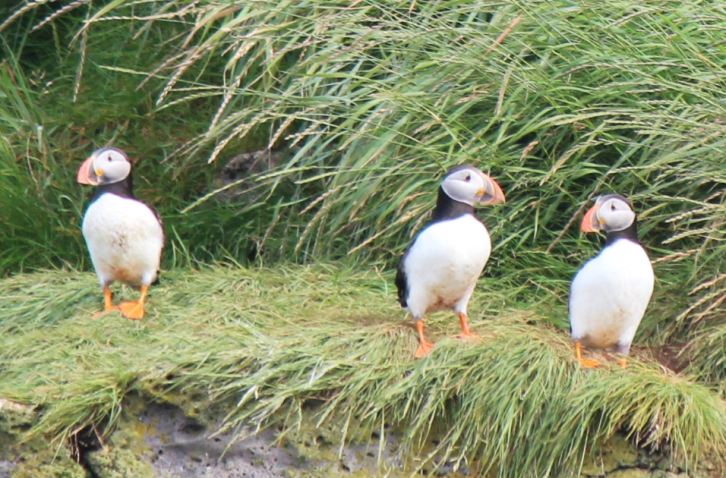 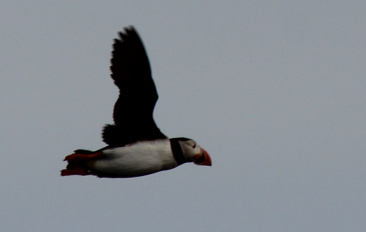 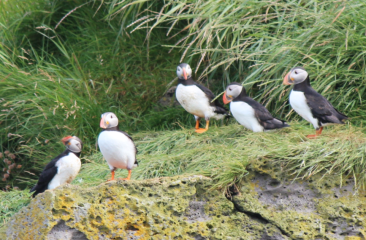 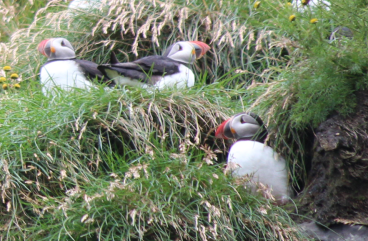 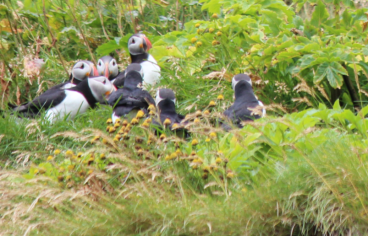 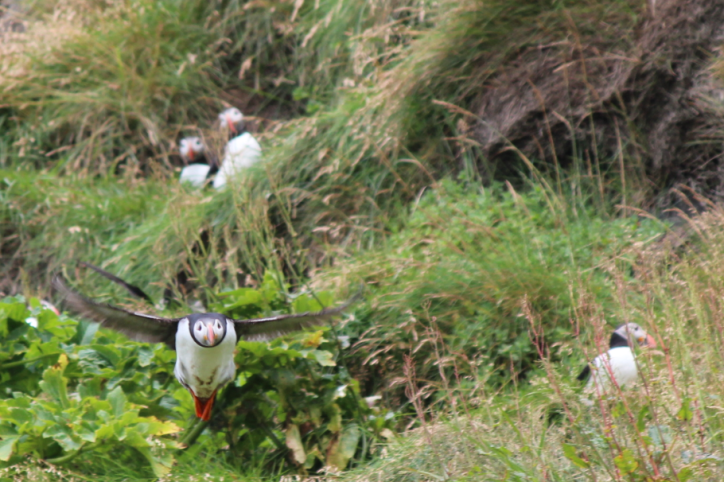 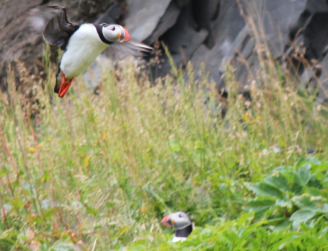 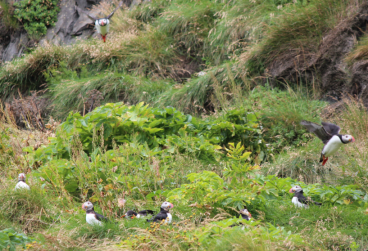 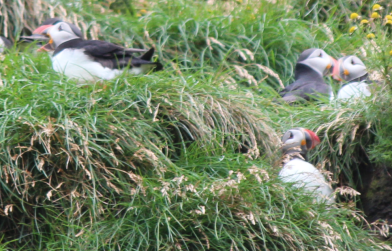 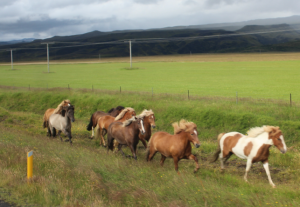 I hope you agree that puffins are very cute. So, why do I say that puffins are one of the only unusual animals? Well, most of the other animals in Iceland were brought in from other countries, like horses, cows, sheep, dogs, cats, etc. Iceland does have arctic foxes and minks, but those were also brought over by Europeans to use for fur. Where are the other animals? It makes sense that there aren’t elephants or lions, because of the weather, but why not squirrels or raccoons or something? 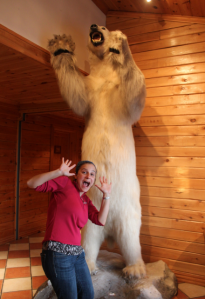 Polar bears: Bigger than I would have guessed!

Well, Iceland is an island, and animals that walk on land can’t get there easily. There are plenty of animals in the sea (from small fish to big whales) and there are lots of birds, but not a lot of mammals. Believe it or not, a few polar bears have made it over to Iceland by floating on glaciers from Greenland. That’s a long way, and it’s not an easy trip! There aren’t currently any living polar bears in Iceland — just this stuffed guy that was in the lobby of one of the hotels that we stayed in. As you can see, I almost got attacked! 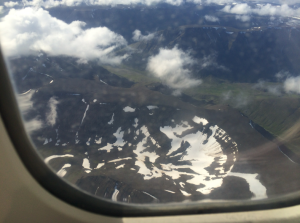 Some interesting terrain of Iceland, taken out my plane window

You might be wondering how animals end up in any country, and this relates to a very interesting question that one of my students, Sean, asked in his comments today. Sean wondered how old Iceland is, because I wrote in a previous post that it was a young country. Basically, scientists estimate that Iceland was formed by volcanos about 20 million years old. They estimate that other land on our planet was formed  250 million years ago, back when all the land was connected in a big mass we call Pangea. Around 100 million years ago, it all began to break up into the land we have today. People have only been around in our current form for about 200, 000 years, which is a very short amount of time in Earth’s life. Anyway, there are more animals on these bigger continents because they evolved from other animals, and even dinosaurs, that lived before people. If you want to see big animals, go elsewhere. If you want to see interesting landscapes, birds, and fish, Iceland is the place to be! It’s so easy to get these beautiful photos here!