The Slow and Sudden Movements of Iceland 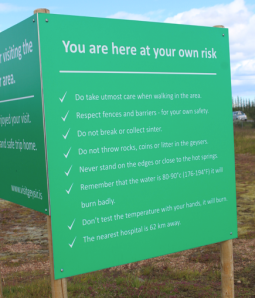 Iceland is a surprising place. You never know when it’ll jump out at you! Today, I went to see the Great Geysir in the southwestern part of the country. I saw the warning signs, which said that the water will burn you if you touch it and that the nearest hospital is 62 kilometers away. I knew that the English word for this phenomena is a “geyser,” which comes from the Icelandic, and that it is a spouting hot spring. I even read that this one is bigger than Old Faithful in the United States, which goes up 25-55 meters. Geysir in Iceland is known to go up 70-80 meters.

I still wasn’t prepared for what I saw. Take a look for yourself — make sure to watch the slow motion part at the end of my video too:

Whoa! What’s happening here? As I wrote about a few days ago, Iceland has a lot of volcanic activity below the surface of the earth. 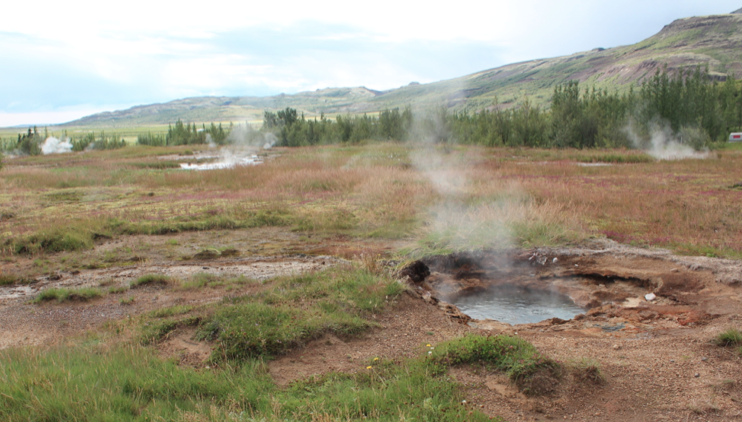 When cold water near the surface of the earth gets down to the hot rocks underground, pressure can be built up. Eventually, it all gets released in a big bang of hot water or steam, as though someone were holding their finger over the end of a hose. The results are impressive… but unpredictable. It seemed to happen about every 10 minutes, but it varied a lot. Sometimes the spray was big. 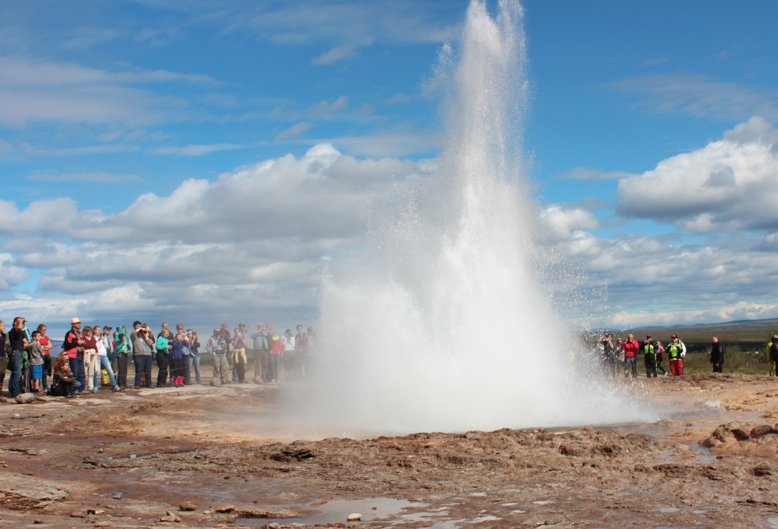 And sometimes it was absolutely enormous! 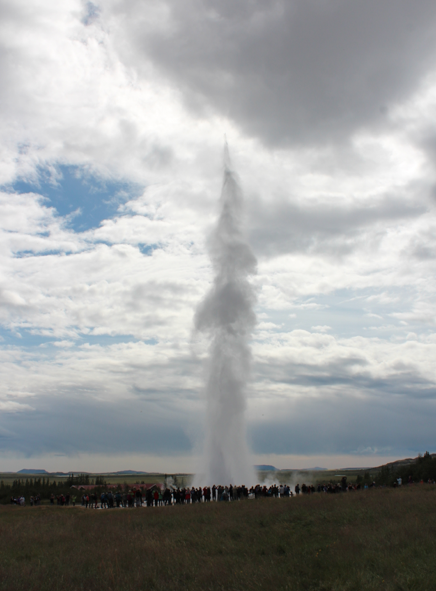 Not every movement in Iceland is fast. In fact, there are cliffs that I saw today that are moving away from each other at a rate of a few centimeters a year. That’s pretty slow, but have you ever seen a giant wall of rock gliding across a dance floor? It’s not an earthquake or anything, but these rocks are spreading apart over time, and it’s been recorded since people arrived here. This is what I’m talking about, where I walked today between the two cliffs: 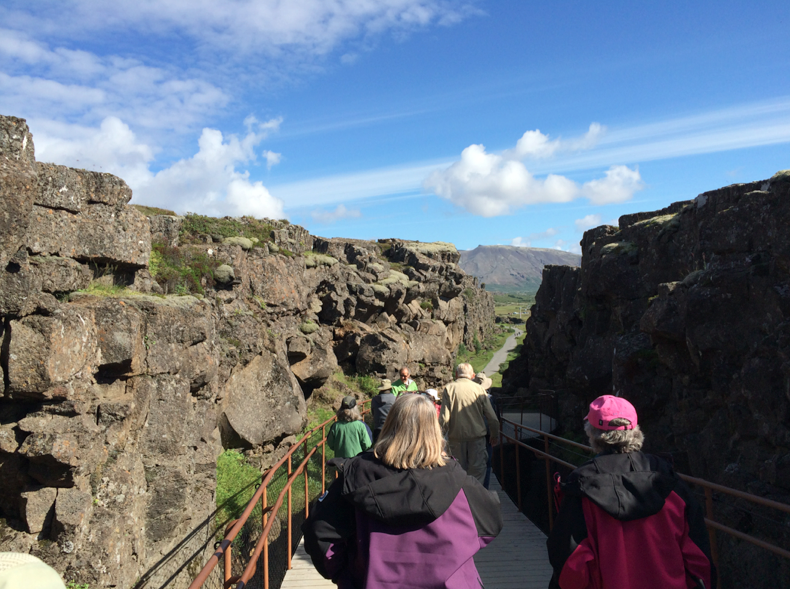 Let me explain. The island of Iceland was formed volcanically millions of years ago. Even though that seems like a long time ago, compared to other parts of the planet, Iceland is very young.

Today, Iceland is still growing up, in a sense, and changing all the time. In fact, it’s very unique because the island falls right where two parts of our planet meet. The earth is made out of several tectonic plates which move around the surface of the earth. There’s one big section called the “North American Plate” and there’s another one where Europe and Asia are located, called… the “Eurasian Plate.” These plates are drifting apart slowly, and little by little, the cliffs I saw today are spreading. I tried to give you a closer look in this little video:

It was very peaceful at this National Park– I didn’t see the earth moving at all! A few centimeters a year is too small to see, but the scientists can measure it. These changes are real.

So, as you can see, changes in Iceland can be both fast or slow, even without any volcano eruptions. Some changes are even made by people! For example, many years ago, Icelandic people thought their climate kept them from growing many vegetables. Today, they’ve learned to harness geothermal and solar energy and use it in greenhouses, where they’re growing all sorts of fruits and vegetables. Here’s an adorable little country market right by some beautiful greenhouses, where people can purchase their food by the honor system, just by putting their money into a box. 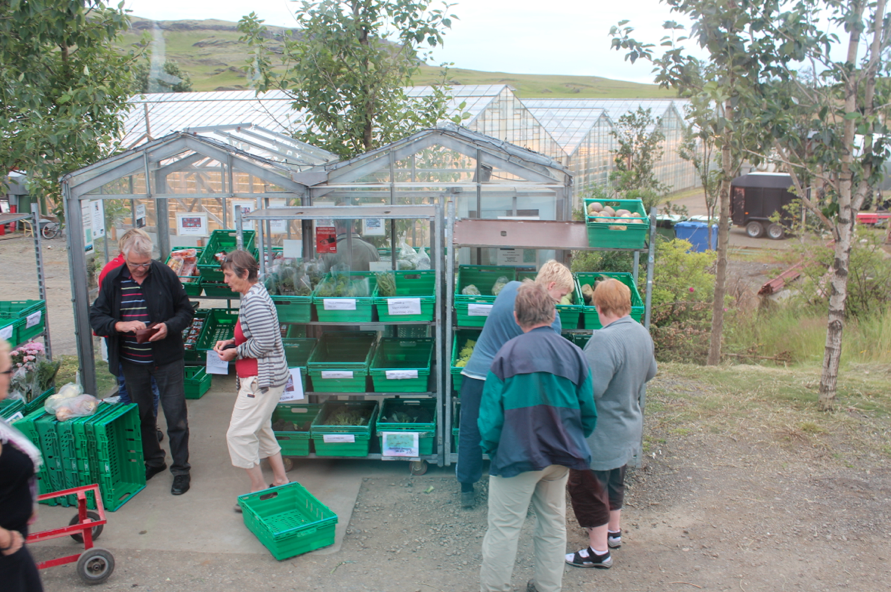 Iceland is moving! Sometimes it’s obvious, and sometimes you have to pay really close attention to see it chugging along. Whether the movement is fast or slow, it’s truly impressive to see.