South to Cape Town, and then North!

It’s officially summer vacation, and so it’s time to announce the next big adventure. In a few weeks I’ll be headed back to one of the most beautiful cities I’ve ever visited: Cape Town, South Africa.  Then I’ll be going on an overland trip north, mostly through Namibia!

Cape Town, with the beautiful Table Mountain just behind

I took the photos in this post back in 2001. It was my first trip to the African continent, and I was working as a private tutor for an American family who was traveling around the world. As part of that adventure, we stayed in Cape Town for 6 weeks, and I marveled at this city where pretty much anywhere you stand, you can see stunning mountains, gorgeous ocean views, or both. These first few photos were taken from a boat, looking back at the mainland.

This mountain in Cape Town is called Lion’s Head

When I travel, I mostly try to go to new places I’ve never been, but I’m excited to see this city again after being away for many years. The beauty of the Southwestern most corner of Africa is truly spectacular. Here are a few pictures of my visit to Cape Point many years ago: 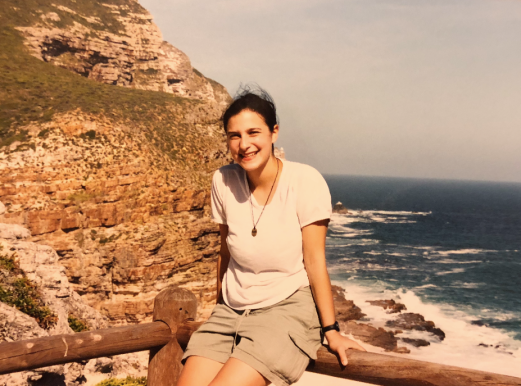 It might not be obvious from looking at these photos, but the beaches here are covered with baboons, who can be quite nasty if they want your food. 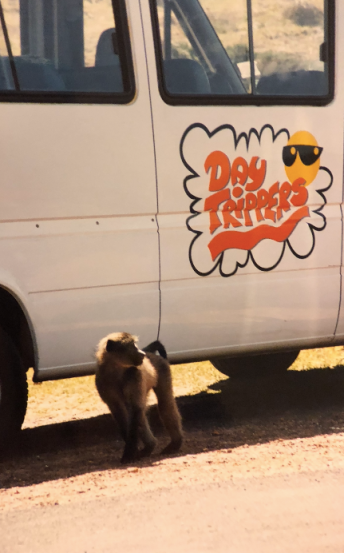 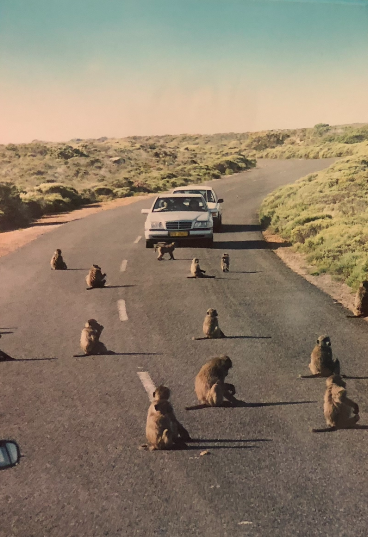 We also saw some other wildlife on the way out to Cape Point, including a stop at Boulders Beach, famous for their African penguins. 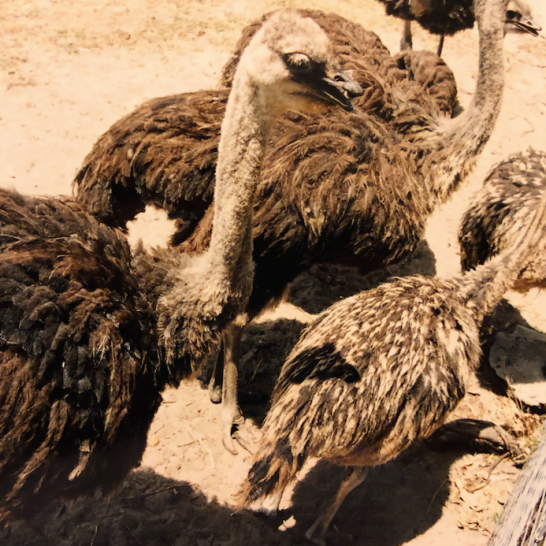 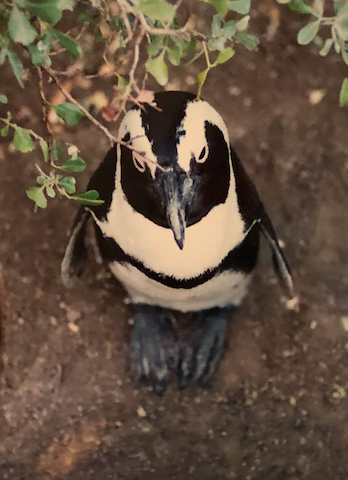 Cape Town is also really fascinating politically. It is one of the places where Nelson Mandela fought to end Apartheid, the legalized system of racism that reigned in South Africa for more than 40 years. Here are some photos I took on Robben Island, where Mandela was kept in prison for 27 years (that’s his actual jell cell):

Mandela got out of prison and ultimately went on to become the president of South Africa. He helped end Apartheid, led global efforts for peace and reconciliation, and won many honors before his death, including the Nobel Peace Prize.

Cape Town is a model for how to fight for systemic change on many levels. The city made headlines this year because the government announced “Day Zero” for April 12, 2018 — the day when the city would run out of water and taps would run dry. Cape Town’s citizens took action, and made huge reductions in their water use. While the water crisis there is still serious, the city has moved the date of “day zero” out to 2020.

I can’t wait to stand on top of Table Mountain again. Whether the weather is cloudy (like the day I photographed Lion’s Head from up top) or clear, with views of the city, it’s an inspiring place to be.

I went up twice during my first visit to Cape Town (via cable car, although it is possible to hike). There are even little friendly critters, called dassies (officially the rock hyrax), which look like little rodents but are actually most closely related to elephants.

Most of this upcoming trip will actually be in Namibia, though we begin and end in Cape Town. I’ve never been to Namibia, but I hear great things.

There are watering holes to check out wildlife on safari, vast expanses of desert, and the biggest canyon in the African continent. Do yourself a favor and do a GoogleImage search for Namibia. Or just check back in a few weeks to see my photos. Apparently Prince Harry and Meghan Markle took their honeymoon in Namibia. I’m not sure if me and the royal family have the same standards for camping, but I’m guessing not so much.

Summer is already in gear, and the African adventure isn’t my only learning experience planned for this vacation. I’ve already done some volunteer work supporting immigrants who are fighting against deportation, which has been heart wrenching and fascinating. After the visit to Southern Africa, I’ll also visit San Francisco to see friends for a week. And… I had some adventures during the winter and spring that haven’t been posted to this blog yet, so check back soon.

Which parts of this beautiful planet will you be exploring this summer? How will you be making new friends across differences in race, culture, or any other identity? As always, I welcome guest posts from members of the IACS community, and I love to hear from any readers, near or far.

“The world in which you were born is just one model of reality. Other cultures are not failed attempts at being you; they are unique manifestations of the human spirit.”
― Wade Davis