Better than Disney: Caves, Castles, and Sweets of Slovenia

Yesterday was our first full day in Slovenia, and it was a whirlwind. We started out at Postojna Caves, where visitors ride a Disney-like train through a cave.

Except instead of fake displays, the cave is real! And unlike in the U.S., there are no seat belts and sometimes the passageways felt extremely tight.

Once inside, we got to walk around a bunch on the paths.

The views were very impressive.

After caving, we had lunch at the dream-like Predjama Castle.

If you think kids would have liked this part of the day, they would REALLY like the desserts of Ljubljana. We thought nothing could beat Italy’s gelato, but… then we tried pudding-like hot chocolate at Cacao. With whipped cream, of course. 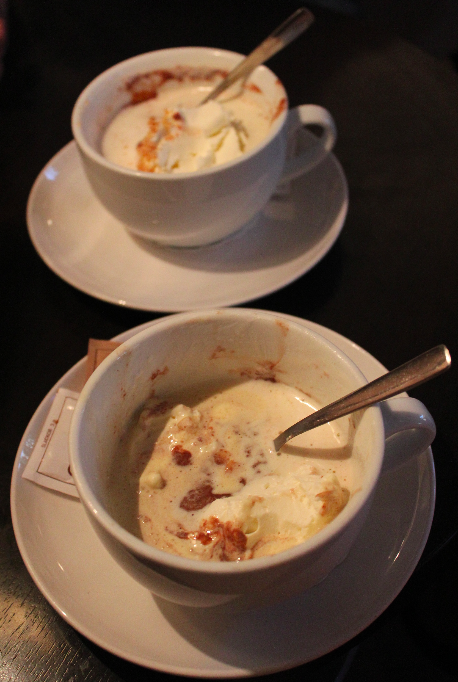 It got even better when we wandered into an “open kitchen” market which happens every Friday throughout the summer.

My friend Erica got so excited about one of the desserts that the chef gave us one for free! It was something called a Tiokin Brulle from Pri Levu Restaurant at Union Hotels.

And then… if you thought Dippin’ Dots were the ice cream of the future, you’d be wrong. Check out these amazing ice cream rolls that we tried (not so traditional Slovenian):

I’m pretty sure that kids would LOVE Slovenia. It turns out that Slovenia has one of the best party shops for balloons I’ve ever seen, even compared to ones I’ve seen in the U.S.

We met up with the party shop’s owners and balloon professionals visiting from Hungary and Japan, and they also loved the yummy food here. I think we’ll stay! 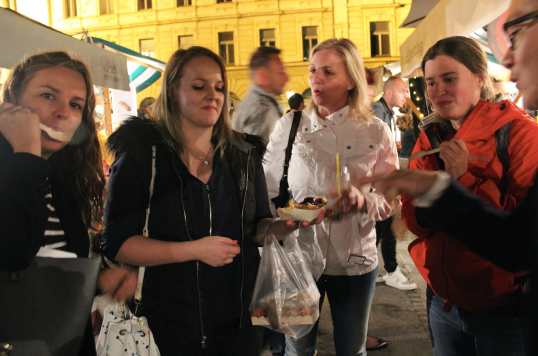 Why don’t more people visit Slovenia? They should!

3 thoughts on “Better than Disney: Caves, Castles, and Sweets of Slovenia”