Our last day in New York City was filled with many interesting experiences. Some of them were planned, but there were many unexpected happenings as we walked around this huge and complex city. Sure, I expected to see the Statue of Liberty…

…but here’s a taste of some of the experiences that I didn’t expect in NYC:

1. An incredible view from the roof deck of the place we were staying in Brooklyn: 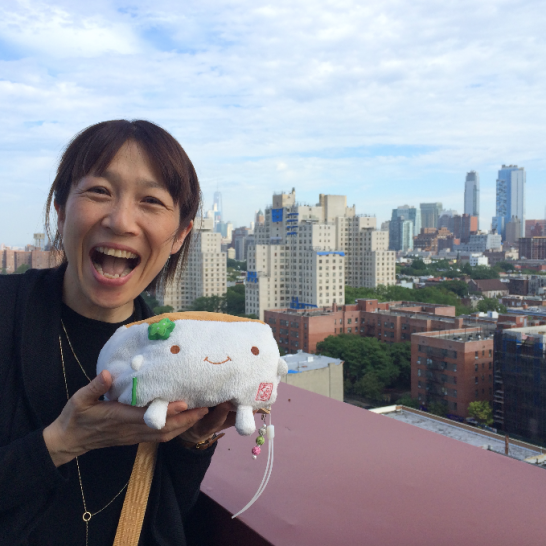 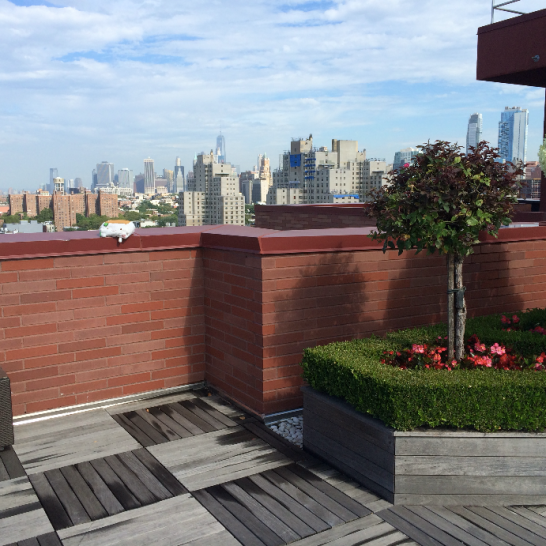 2. How moving it would be to see the site of Ground Zero, where the World Trade Towers fell on September 11th:

3. So much beauty, from giant flowers in Battery Park to interesting fountains in front of big corporate buildings:

4. Happening upon these amazing globes on the street: 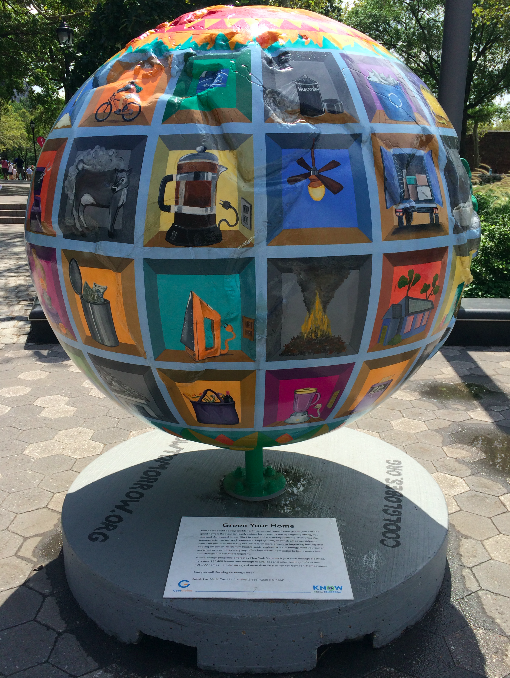 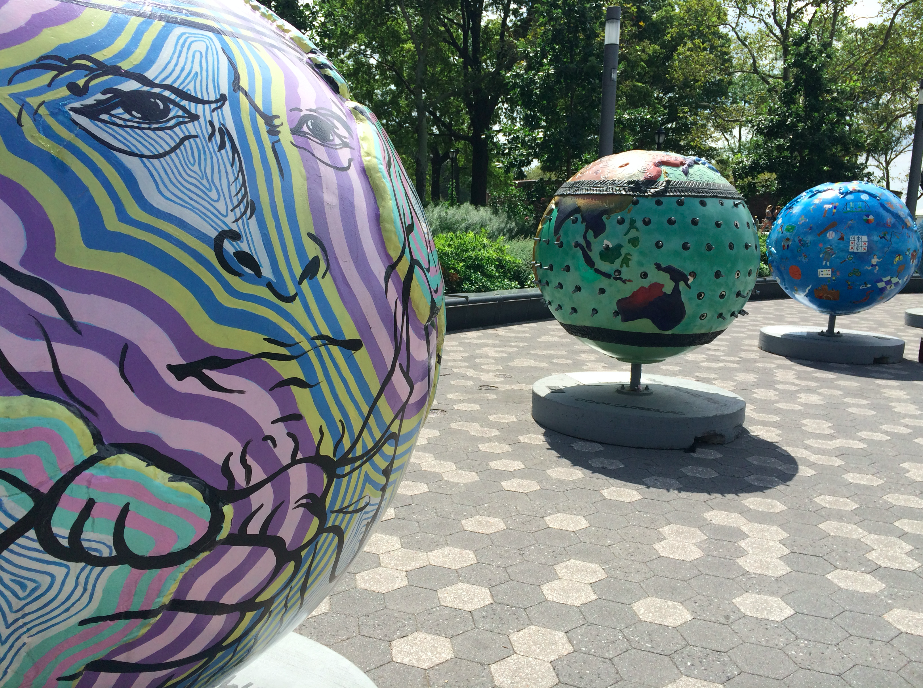 5. Learning about Native Americans at the National Museum of the American Indian (which is free, because it’s federally funded, like the museums in DC):

6. The amazing diversity of art at MOMA (the Museum of Modern Art) — from weird installations to classics that I’ve known my whole life: 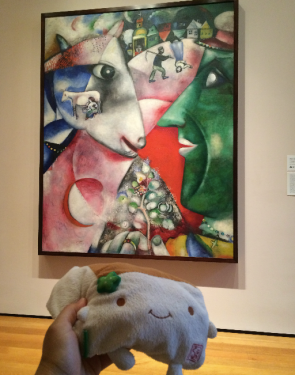 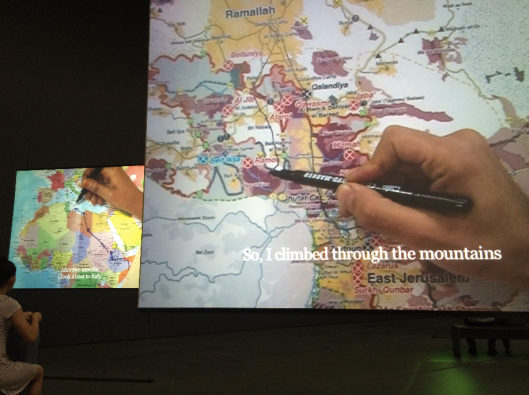 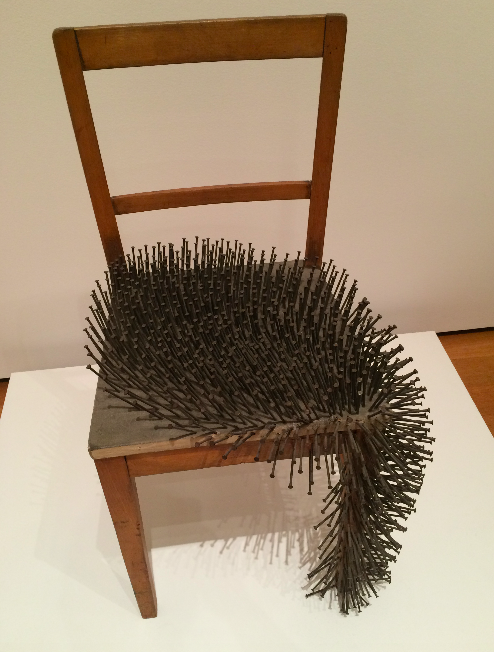 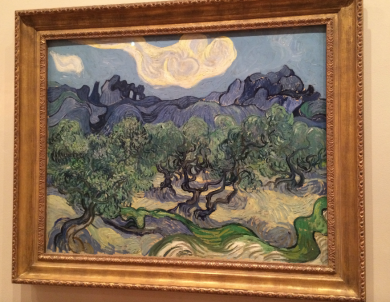 7. Trying a new fruit (mamancillo) after I asked a woman on the subway about it:

8. How funny Trevor Noah is! (a friend of mine is a producer at the Daily Show, so we went to a taping, and got to hang out with a cute pup in the crew lounge): 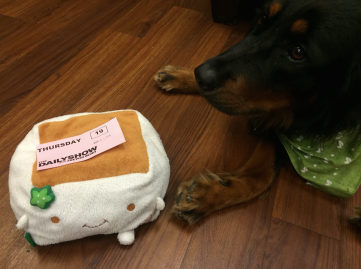 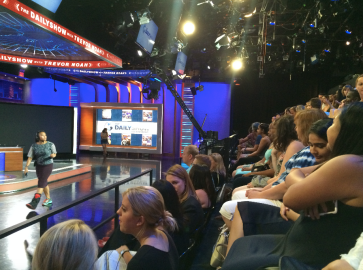 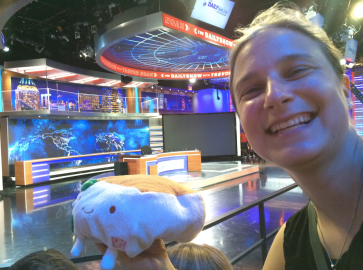 9. Randomly finding a Black Lives Matter protest and joining in to sing a little:

10. Eating dessert three times (even if you already had dessert, how could you resist artisan ice cream or ice cream rolls like I had in Slovenia?! Note: I didn’t order the sweet potato and brie cheese ice cream, but I sampled it!): 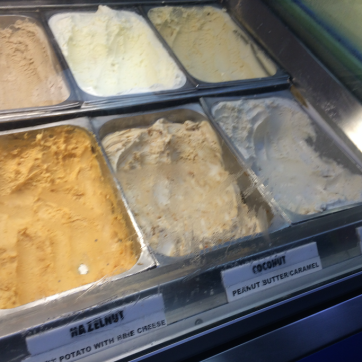 Thanks for all the fun, New York! Omi-Sensei lives in Japan, but I live much closer! I don’t know why I don’t visit more often. I’ll try to come back soon.