Who’s Dating Who in China? 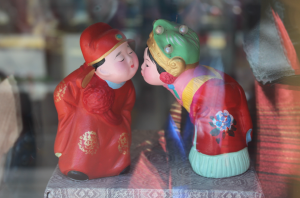 Culture has an impact on many aspects of life, from what clothes we wear to what songs we like dancing to. It also affects how people think about dating, romance, and marriage.  And so I had to question: how is love different in China?

From what I can tell, everyone here has their own perspectives on matters of the heart, just like in the United States.  However, there are some interesting trends that I’ve observed:

1) Teachers and parents believe that students should not date while in school. A friend told me that high school students who fall in love are scolded by the teachers, and if they have sex they can be expelled.

2)  Boys get away with more.  A girl who smokes, drinks, or is sexually active is very looked down upon here.

3) The young people here don’t seem to differentiate between dating and being in a relationship. If you go on a date or two with someone, you are dating each other and not seeing other people. Whether or not the two people have kissed doesn’t seem to matter in defining the relationship.

4) People here think it is cute for couples to wear matching shirts. It’s very common to see couples that coordinate their clothes.  I even saw a whole family with matching outfits (see the middle photo below — this is a typical Chinese family because of the One Child Policy that puts a high tax on having a second child).

5) Homosexuality is not very accepted here. It’s relatively common to see girls who are friends holding hands in public, but this doesn’t mean they are a couple. It is extremely rare to see two men in a couple. We saw it once in the whole time we’ve been here, and my Chinese friend said that it was the first gay couple she’d ever seen. 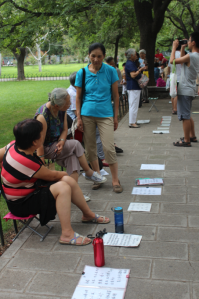 6) In traditional Chinese culture, parents arrange marriages for their children. This still happens in the countryside, but it’s very rare in the cities today. Still, I saw these older people in a park advertising their children for other parents.  They listed the stats on paper – age, height, job, etc. – and sat around chatting in the park while they searched for suitable matches. Their hope was to set up blind dates for their kids to meet potential mates.  How would you feel if your parents advertised for a boyfriend or girlfriend for you?  I wonder if their children are embarrassed, or if this is just accepted as normal for them?

7) Fathers seem to take an active role in raising the children. It’s as common to see a man carrying a baby as it is to see a woman, and both men and women are very affectionate with their kids.

8) Divorce is not very common here, and it is looked down upon. Parents might not want their child to marry a person from a divorced family. Perhaps that means that there are a bunch of unhappy couples out there who are staying together despite difficulties? Or perhaps couples are just happily growing old together. 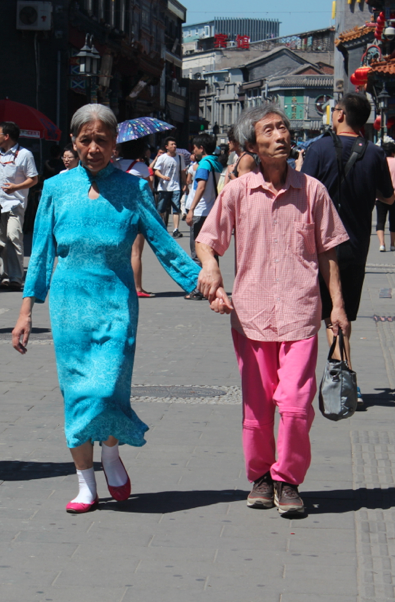 As I learn about love in China, it makes me wonder which of my own views about romance are due to the messages that American culture sends us through the media. If I grew up in China, how would I think differently about love?