The students are gone, and that means that I have a little time to explore Beijing on my own.  This is a great thing, as I’ve learned just enough about the geography, transportation, and language of this place to not get totally lost.  For example, I can negotiate the subway on my own and tell when the next train is arriving. 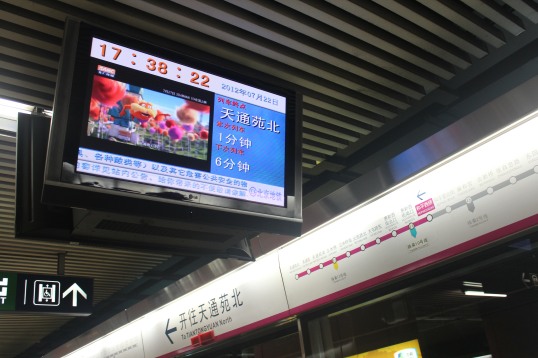 Even though I can’t read Chinese characters, I have a basic understanding of pinyin (which is the English way of writing how the characters sound).  So, I successfully found a restaurant today, based on the suggestion of an IACS parent who used to live in Beijing. I got help from 1 map and about 6 people along the way, but eventually was able to find the place and match the characters on the sign with those on my note. 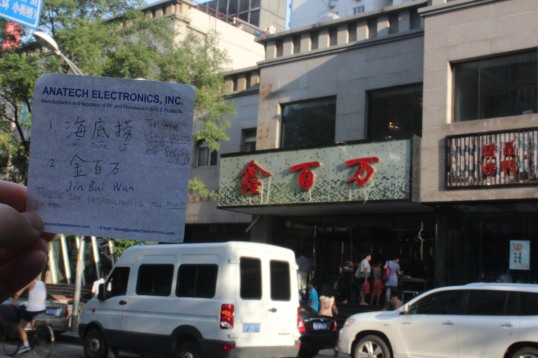 It’s the 2nd suggestion.  Actually, the name of the place turned out to be Xinbaiwan Roasted Duck.

Amazingly, I also managed to order successfully, mostly with pointing. I tried to use some of my new Mandarin vocabulary.  The waitress didn’t understand when I said Bu Rou (no meat) but did get my point with Mi Fan (rice) and a gesture indicating a small bowl. 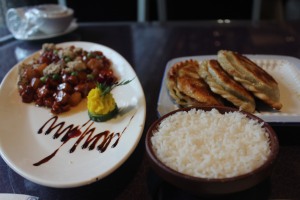 I was pleasantly surprised that my dishes were spectacular (some of the tastiest I’ve eaten here) even though I had a hard time reading the menu.  I was lucky that there were both photographs and English translations next to the Chinese text, but it was still difficult to order. 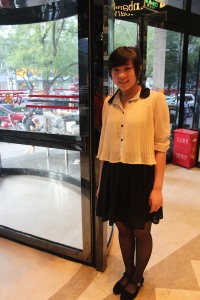 Many dishes that appeared delicious in the photo had translations like “slippery fungus” (maybe mushroom?) or “disguised chicken in the sea” (I have no idea about this one).  And there were other dishes with boring names but strange slimy looking things shown in the pictures. I went with leek dumplings, rice, and a really yummy nutty chicken dish. The waitstaff were very excited by my presence, as there are still many people in Beijing who have never had much, or any, interaction with a foreigner.  When I tried to find someone who spoke English, there was a lot of giggling and running away. On my way out, I noticed that I missed out on my opportunity to try chicken feet or duck head.  Oh well. 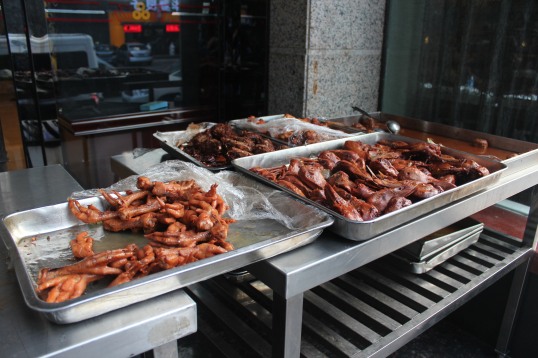 Overall, I think I managed to do pretty well on my own.  On top of making it to dinner, I also managed to maneuver the city through a giant rain storm, and I got a Chinese medicine foot massage (for $8) and a haircut (for $6).  Success! 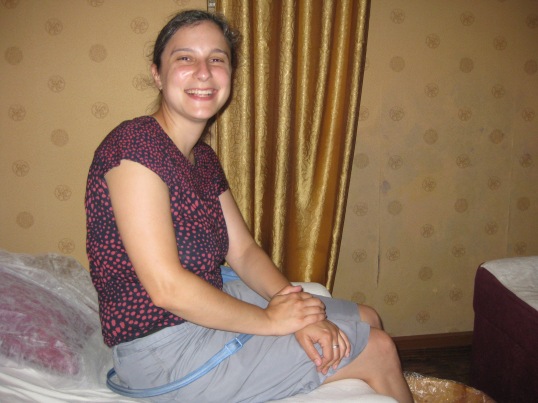