Fish River Canyon, Spitzkoppe, and the Weird Rocks of Namibia

I’ve written about Namibia’s salt pans and desert dunes, so by now you must be picturing Namibia as a flat, dry expanse. The school year began, and I got busy and stopped writing about my summer adventures.

But if I stop here, your image of Namibia will be wrong. It IS quite a desolate country, with only two and half million people in the whole country, but it’s not as barren as you might think. We first glimpsed Namibia from our campsite in South Africa, gazing across the Orange River. 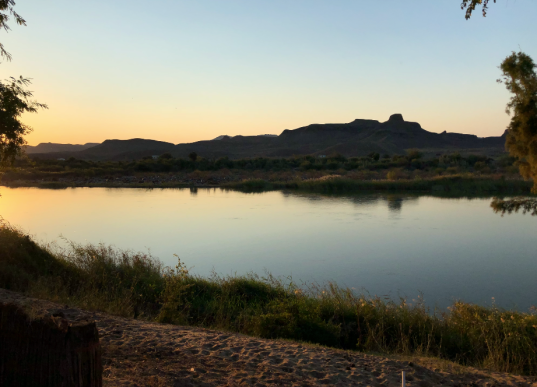 The next day, before heading to the official border crossing, we canoed along the border.

The water fowl and jutting rocks were a beautiful distraction from the freezing puddles of water inside our awkward blow up canoe. Here’s my best shot of an African fish eagle, the North American bald eagle’s long lost cousin: 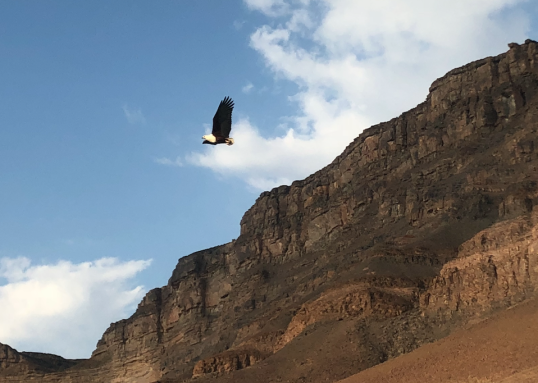 From here, we entered Namibia and drove straight to Fish River Canyon, one of the biggest canyons in Africa. We watched the sun set and took a million photos. 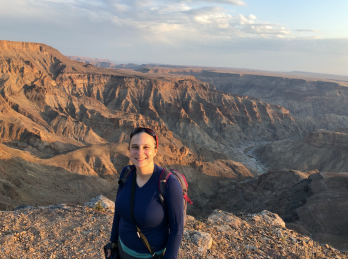 Here’s a video that tries to capture the experience of being there, not knowing where to focus my attention, because there were so many angles to seeing this place:

The next morning we went back to see the sun rise there.

It was really peaceful (and cold)!

I made a balloon Namibian flag to celebrate our arrival! Lots of members of my group posed for photos with it: 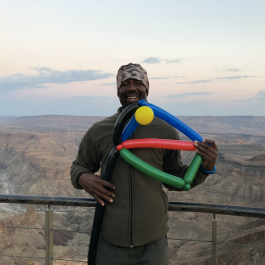 Looking out at the amazing Fish River Canyon was beautiful, but it was only the beginning of the interesting rocks we were about to see. It seemed like everywhere we drove, there were mountains out the window. But not the kinds I’d seen before. 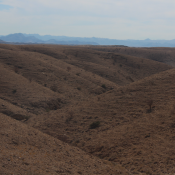 And then this scene, with bonus zebras. Wow.

I played around with the time lapse mode on my phone.

And then I was trying to listen to an audiobook but kept getting distracted by this odd landscape: 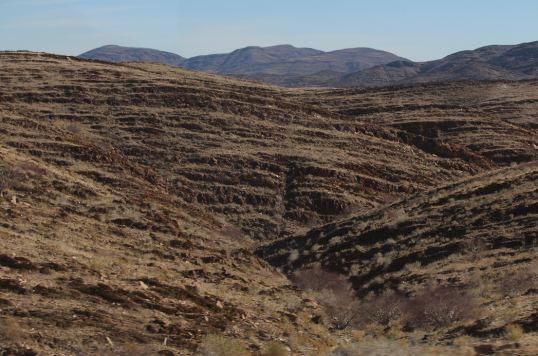 Then our guide stopped the truck and we had some time to wander the “moon landscape” which is actually what they call it. Is this what you imagine the surface of the moon to be like?

A few days later, we visited Spitzkoppe, an area further north, famous for their rocks. So well known, in fact, that bushmen painted on these rocks thousands of years ago. 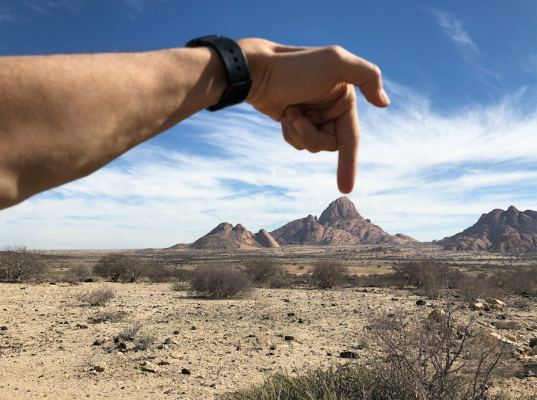 The rock paintings were pretty awesome to see. It’s estimated they were painted between 4,400 BCE and 100 AD.

It was an interesting area to walk around. I especially loved seeing how the trees interacted with the rocks, and all the birds building nests in between. 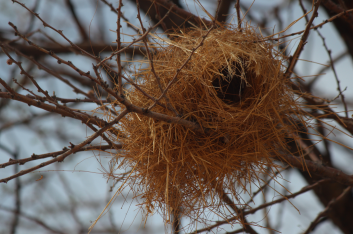 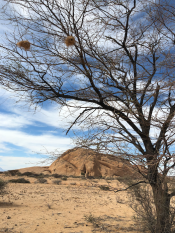 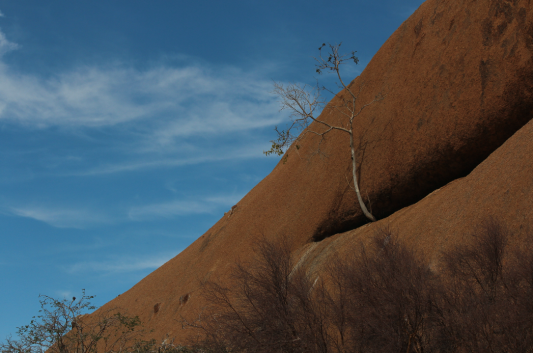 It was also really fun to climb the rocks! 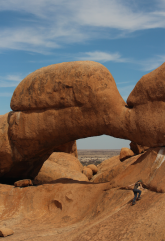 From up high, we could see tons of little dassies, also called rock hyraxes. They’re adorable. They look like rodents, but it turns out that their closest living relative is the elephant. 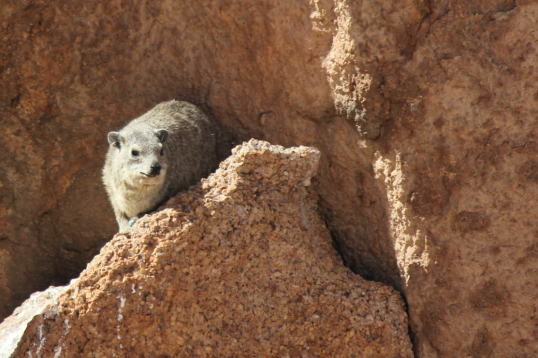 They came down to check us out up close too, hoping to get some of our lunch. And they succeeded.

As we were cleaning up from lunch, we spotted a few rock agama lizards. The breeding male is a shimmery purple color, and it was a pretty spectacular color! 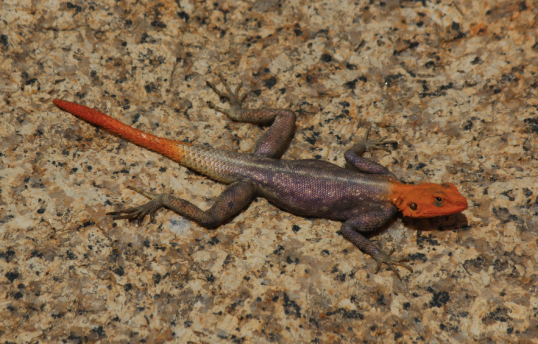 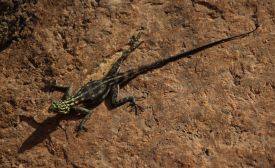 I hope these photos give you a taste of how varied and interesting the landscape of Namibia really is. Yes, there are safari animals and a huge desert, but this country is so much more than that.

Posted in South Africa and Namibia

2 thoughts on “Fish River Canyon, Spitzkoppe, and the Weird Rocks of Namibia”