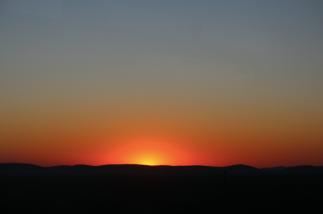 The night before we got to Etosha National Park, our guides asked us if we wanted to sign up for a night safari (at additional cost). We said yes, of course! The more animals, the better! But after a long day of animal spotting, driving around in the truck on bumpy roads, and breathing in dust, we got to the campsite late, and we were exhausted. 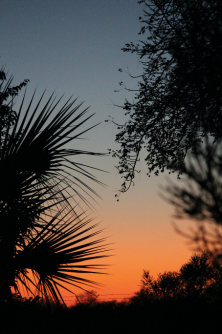 There wasn’t enough time to eat dinner. We rushed to set up our tents before the sun set.

I had bought some cup o’ soup and cheap ramen, so I shared with the other members of my group so we could snarf down some food before hitting the road again. We got to our jeep just in time for the guide to give us blanket ponchos and hit the road. He told us that he would try to text the animals to let them know we were coming, but no guarantees we’d see much. We braced ourselves, unsure if we had made the right decision.

The night safari turned out to be a fabulous choice. The guide / driver had a red light which he used to try to spot the reflective eyes of animals. We hadn’t been driving too long when we spotted a bat-eared fox, which was ridiculously cute: As we drove along, the whole jeep was trying to spot creatures. Often, one of us would see something move, and yell, “stop! On the right!” Almost always, it was a springbok — not so exciting. We started saying, “It’s always springbok,” and laughing, because more times than not, that’s what we were seeing. But it wasn’t always springbok. Watching giraffes running through the night was a spectacular sight. 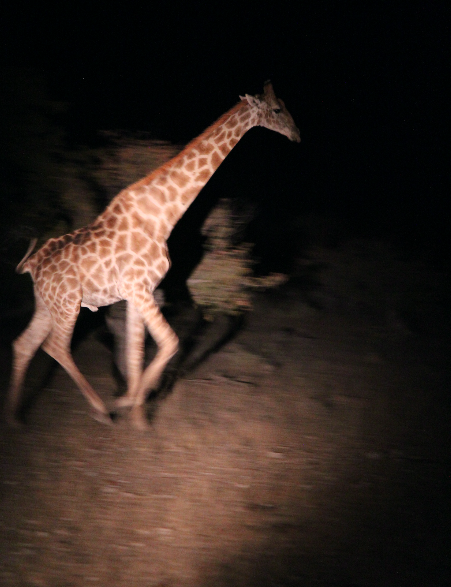 We also spotted a small-spotted cat, which is basically the wild version of a house cat. They aren’t very common to spot in the wild, so this was really exciting! Once we spotted it, the guide was able to switch to his white light and the cat didn’t run away too quickly. The scrub hare is basically an African bunny. Less exciting. Steenboks were at least a little more interesting than the springbok, because they’re little and cute. But still kind of deer-like: We had seen a bunch of blackbacked jackals during the day, but at night they’re kind of spookier: The guide drove us over to a watering hole where we spotted a leopard! Too far for me to get in a photo, but definitely there, walking back and forth along the shore. There were also massive numbers of elephants, but yeah, it was night and hard to get a good photo. The light was powerful but the guide didn’t really care about the elephants because… leopard! 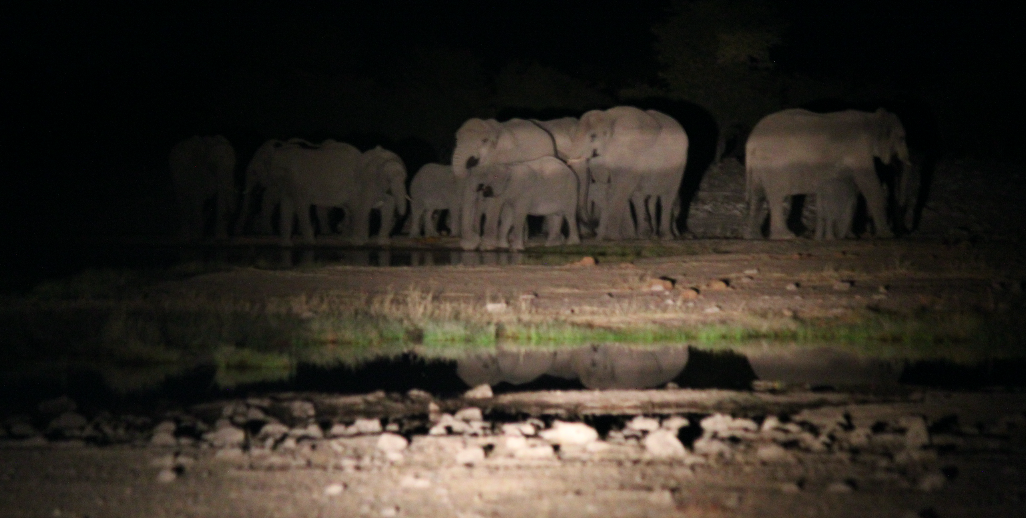 Then the guide drove us over to the spot where we had seen the zebra carcass and group of lions earlier in the day. Some members of my group recognized the spot (not me, because I’m directionally challenged). Once the guide spotted the lion, he off-roaded the jeep and we drove through the fields right to the lion! I’m not going to lie — I was a little bit terrified to be so close! He kept the light to the side of the lion, so as not to blind her or anger her. 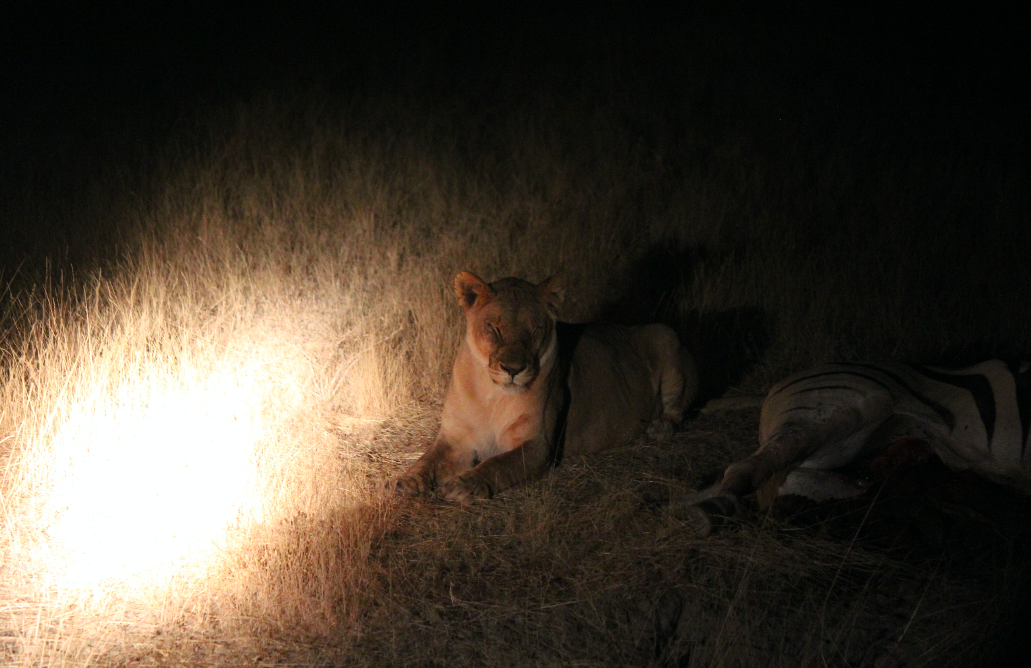 Lions are pride animals, so the guide explained that there was a group of 7 or so who had made this kill, and the others were probably off getting a drink or something. This was the guard. She was sleepy and full, so not interested in attacking us. Phew! (I have photos that show more guts but they’re really gross so I’m sparing you the disgustingness with the magic of cropping):

At this point, we were pretty happy with the night safari. But it was getting cold and everyone was tired. We were huddled up in our blanket ponchos trying to stay warm as the wind whipped by our faces (and it was probably in the 40s anyway — winter in Namibia is not warm).  I made small chat with our guide, who was super nice. I told him that we still needed to see a hyena before the night was over, and within 5 minutes, there was one standing on the road in front of us. I’m magic! I tried to wish for a few more animals, but apparently I only got one successful conjuring. We never spotted a honey badger, though apparently they are easy to see at the campsite and we just missed it. We did get back to dinner waiting for us, a really yummy shepherd’s pie type dish. And we never saw a cheetah or a pangolin (google it!), but that just gives me more reasons to go back some day.

So yeah, totally worth it. One more blog entry on Etosha National Park coming soon — Namibian birds are much more interesting than you might imagine.