We had one free day in Japan. Otherwise, we were busy studying Education for Sustainable Development, visiting schools, and planning collaborative projects to do next year with our students. After getting some recommendations from local friends, I decided to escape the bustle of Tokyo and head to a small beach town called Kamakura. It seemed like a good idea to dip my feet into the Pacific Ocean and see a town that had been the seat of the Japanese government for over a century.

I had heard that there were lots of temples in Kamakura, but I didn’t really know what to expect. As it turned out, it wasn’t quite as small a town as I expected. Here you can see some teachers and I trying to figure out the map. I even took a photo so that I could look at it later if we got lost! You might notice a familiar fast food joint in the background too. We decided to head out of town towards some of the temples, but took a wrong turn and ended up on a busy shopping street. We couldn’t resist! We stayed there a bit and explored. 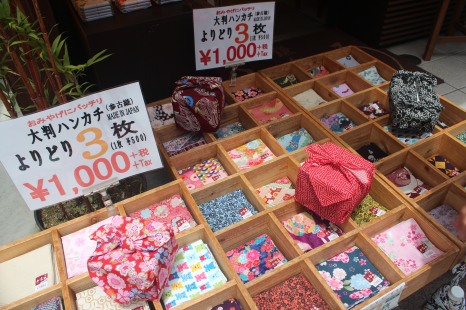 And here I am checking out the goods!

We stopped to get a bite to eat too, trying out some fried patties from a tiny side of the road stall.  We tried two flavors: chocolate and purple sweet potato! 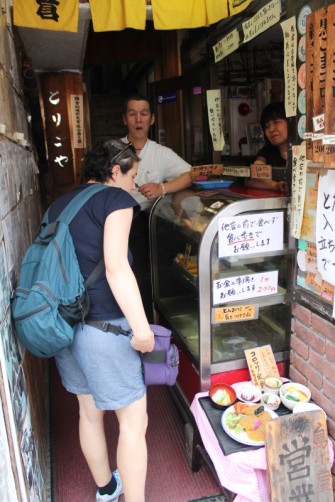 Checking out the fried patties

Eventually, we made our way to the beach, and it really was quite peaceful to be on the outskirts of town. The water was surprisingly warm and reminded me that this was NOT the Atlantic Ocean.

Eventually, we made our way to our first temple, Daibutsu, the Giant Buddha of Kamakura. It was truly worth the trip. We got to see it from outside, go inside (he was hollow!), and even check out the size of his sandals.

Up close and personal with the Giant Buddha 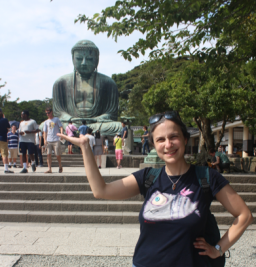 Me and the Giant Buddha 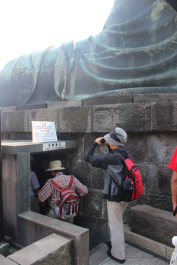 Going inside the Buddha 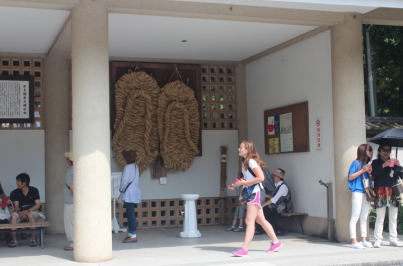 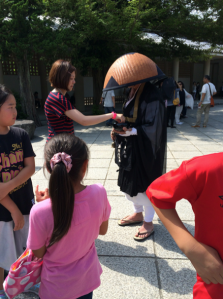 I filmed a little video to give you a sense of the scene. Outside, you can see:

Inside, you can see that it was tight quarters and pretty dark, but you probably can’t tell how hot it was. The sun heated up the metal, making the inside of the Buddha quite toasty. Here’s the little video I filmed:

From there, we wandered over to another temple, which we saw labeled on the map, but knew nothing about. It turned out to be a gorgeous site! There were more hydrangea flowers and statues of Buddha than I’ve ever seen in one place. I’m so glad that we didn’t miss out on seeing the Hasedera Temple! I’ll let the photos speak for themselves (click on a photo to see it bigger and scroll through the others):

Some happy teachers at the Hasedera Temple

Many Buddhas, big and small 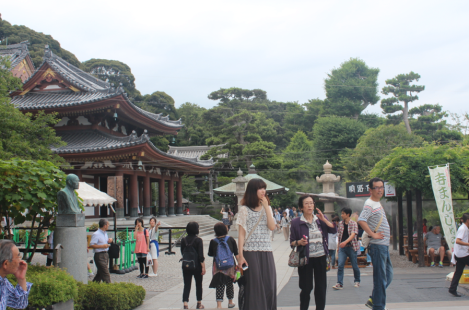 Kids at the Hasedera Temple cooling off in the mist

Hydrangeas at the Hasedera Temple

An alter to Buddha 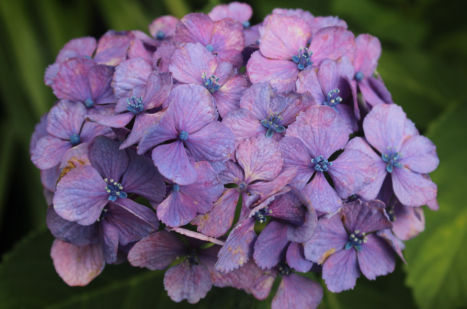 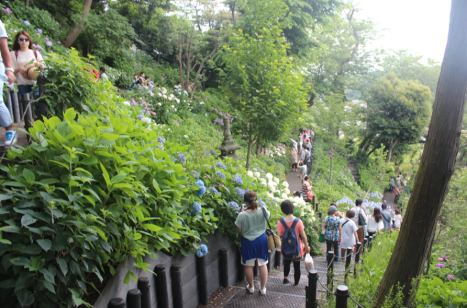 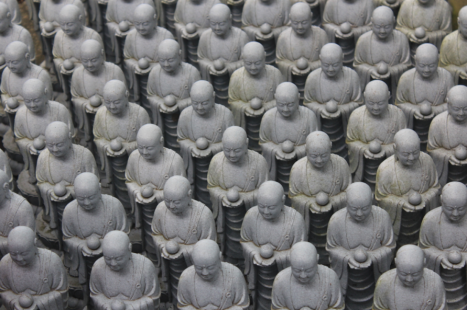 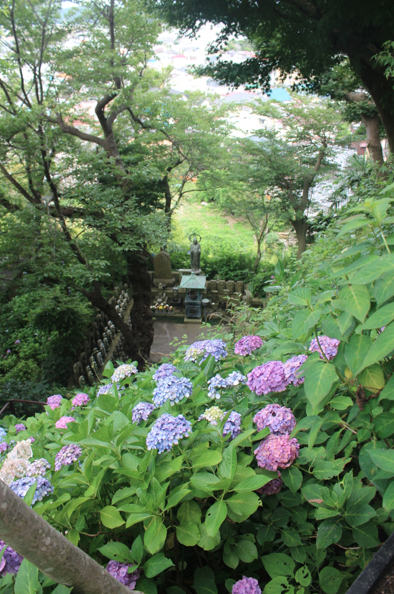 Hasedera Temple Paths to a Buddha 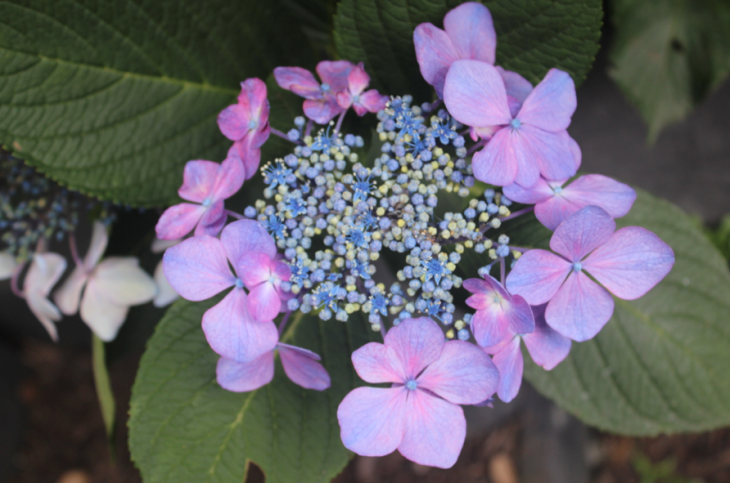 This isn’t a Nazi symbol! It is Sanskrit symbol, svastika, meaning “all is well”) 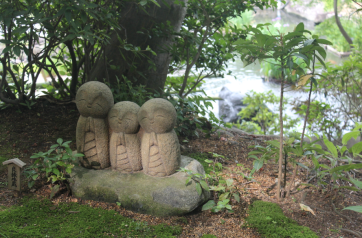 After a beautiful day, we left the temple and stopped to get some ice cream. I decided to stay on the purple and green theme and I chose a swirl of those two colors — green tea and sweet potato soft serve! 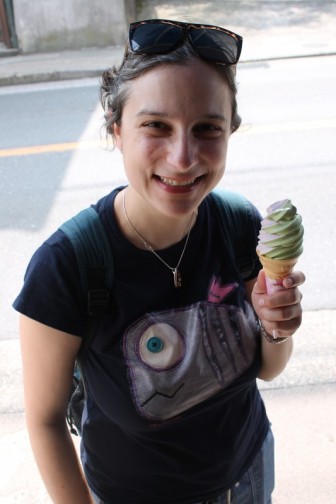 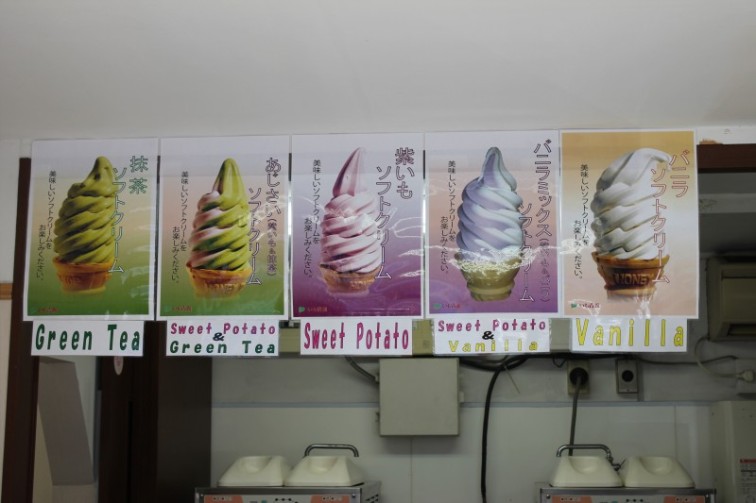 All the flavors looked good…

As we walked the streets of Kamakura, we continued to see plenty of Buddhas. They even sold Buddha candy cigarettes. How strange!

Finally, we boarded the train to head back to Tokyo. Sure enough, there was Buddha to keep us company on our journey. What a great day! 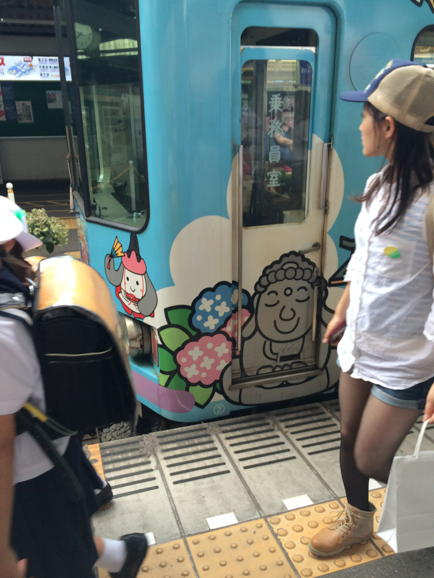 Buddha on the Train

Leave a Reply to Helena B Cancel reply