Today’s guest post comes from Señora Schmalz who is currently in Spain with her family. You can follow her journey and even read some posts in Spanish by visiting her blog at srainspain.wordpress.com.  Check it out!

Today’s excursion took us to another old medieval town (I think I’m going to be repeating that a lot this trip!) called Toledo. Throughout the day, I kept thinking about Ms. Krakauer and Ms. Haley because this town would fit perfectly into their world religion unit due to the fact that the influences of 3 different religions, Christianity, Judaism, and Islam can be found throughout the city. 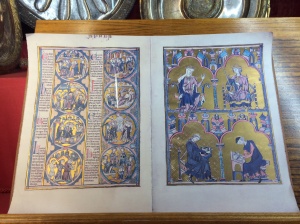 Christianity was represented by an amazing cathedral, complete with a treasury that houses some beautiful gold altar pieces.  The piece that I was most drawn to, in the treasury, was actually a book that was gifted to the church back in the 12th century. That’s right- this book is over 800 years old!  The book was hand painted and was truly a work of art.

While we were there, we were also lucky enough to witness the procession of a mini Corpus Christi altar piece.  The big procession happened the previous week.  In the picture, the “float” is being paraded around the town and accompanied by a band, people from the church and altar boys swinging incense. 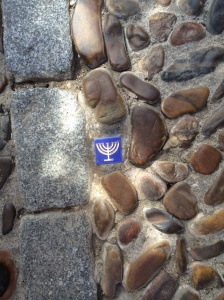 There is a big Jewish quarter, where we were able to tour an old synogogue.  The streets in the jewish quarter are marked with little tiles letting everyone know that you are in the Jewish quarter.

The moorish influence is all over, even in the synogogues, where there are carved facades and arches dating back to the time where the Moors inhabited the town. 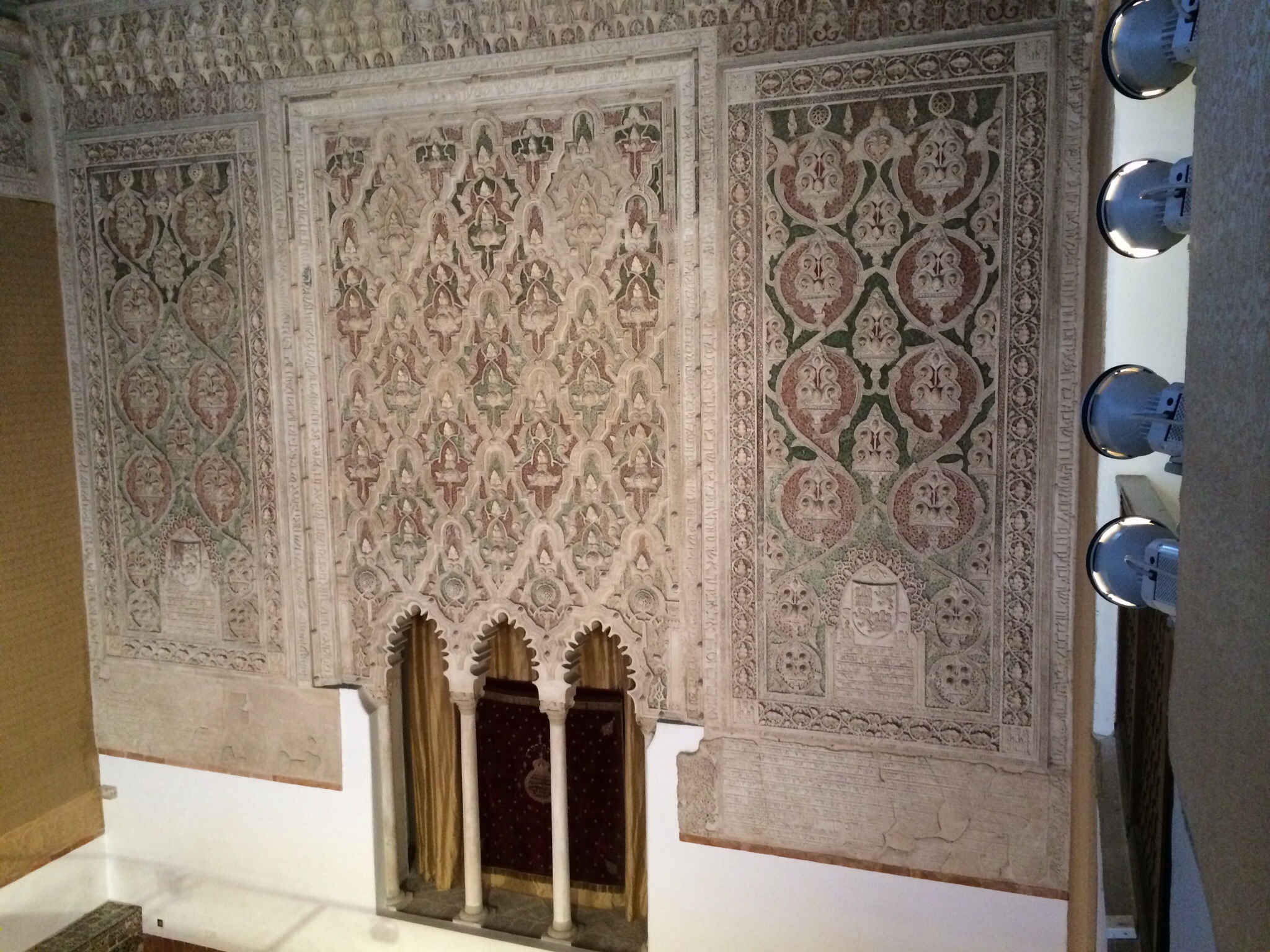