The Global Leaders Club at Innovation Academy Charter School is seeking a developer to help us create a new website or app that will help families match with other families to carpool to school. We are 5-8th graders and we want to help slow down disastrous climate change. With your help, we will create GoPool, which will not only be a carpool matcher but also teach students and parents to not produce so much CO2. We have approximately $2,000 to invest in the project that our club won in an energy efficiency contest, but we would also welcome donated time. Check out our proposal video and more information about our ideas below.

Our Purpose: Decrease the Effect of Cars on Earth’s Climate 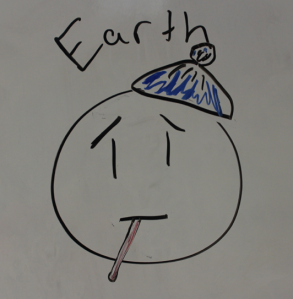 Climate change is a terrible event that is caused by many factors. One of the major factors of climate change is the amount of cars being driven nowadays. Cars release lots of carbon dioxide (CO2). When this gas is released into the atmosphere, it causes what we call the Greenhouse Effect. In order for our planet to thrive, sunlight must enter and exit the atmosphere. However, with all of the carbon dioxide trapped in the atmosphere, the sunlight has much more difficulty exiting, therefore causing Earth to warm.

At Innovation Academy Charter School, we have many cars coming in and out everyday. Because we are a charter school and serve students from 10 different towns, we are unable to provide buses for the majority of students. The large amount of cars only contributes to the amount of carbon dioxide trapped in the atmosphere. However, this problem can solved by carpooling. Carpooling is when multiple people of different families join together into one car to travel from one place to another. It saves much more carbon dioxide from getting trapped in the atmosphere, and is very efficient. This is a problem that not only happens at our school, but at other schools as well.

Our app or website, GoPool, will be a great benefit to a school community. Parents would use it to find other families with whom to carpool, either on a regular basis or temporarily (for example, if a ride is needed after an extracurricular activity).

To sign up, the person would type in a passcode that the school will create for its students and parents. After typing in the passcode, the user would be able to match him or herself to another person for carpooling. He would enter some information about himself and where he lives, and start finding matches. Each family would have a profile so that other families could find out about their options and seek their contact information. Every time a person carpools, GoPool will calculate how far they’ve driven, how much CO2 they have admitted, and how much they’ve reduced admitting into the environment. There will be more people in each car, and less parents will have to come and pick their students up from school. Overall, GoPool is an app or website that will be very useful to a school community.

How GoPool App is Different

There is a very important issue we have looked into. Are there any other apps or websites like this one? We have done our research. We found that the closest app to our idea is an app called Ecotastic. It is an app that allows you to receive points for doing eco-friendly activities. One of the activities it lists is carpooling. Our app is still extremely different. One of the concepts we have that no other apps had is that ours will calculate the amount of miles the user has driven, inform them how much CO2 they admitted into the environment, and how much CO2 they have saved. No other apps have this contribution. Other apps tell about how carpooling can reduce the CO2, but none of them actually have an attribute that calculates the amount of  CO2 that was saved or used. Ours is also unique in the aspect that it is for our school community, and the school will send out a code so parents may sign up. Also, most carpool apps only locate someone near you and match you up. Our app is for regular carpools or single use, and will give the user another user in the same town, but not automatically match the user up. This will help make happier carpools in case the user is not happy with their first match.

In developing these ideas, we used STEM (Science, Technology, Engineering, and Math) principles. Driving by yourself creates excessive amounts of CO2. These emissions cause Climate change, which melts the ice caps on the North and South Poles. Other impacts include extra precipitation, and warmer weather overall. CO2 is an emission which is the production and discharge of something. For example, greenhouse gases are a variety of gases that contribute to the Greenhouse Effect, or Climate change. One of the types of greenhouse gases is carbon dioxide, and most of the carbon dioxide gases are the discharge of cars. We also used technology to see what other apps do, and how it makes our app independent from others of its kind. Math will be used to calculate how much CO2 is saved by carpooling. We computed that each 100 miles driven in the average car (20 miles per gallon) is equal to 0.04 metric tons of CO2. 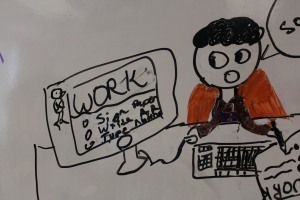 We are open to developing this resource as either an app or website. We believe that it would be easier to enter your information into a website, and also it would be more accessible no matter what kind of phone you have. As an app, it’s easily accessible on the go. Parents would also be able to quickly make arrangements for a carpool because the app is on their phones. Finally, many people are buying more phones than computers. Most likely, an app will attract their attention better than a website would, but we are open to either option.

Are you interested in helping us make this happen? Click below to apply, or email our teacher, Sara Krakauer, at skrakauer@innovationcharter.org.

Can’t see the application above? Click this link to go directly there: GoPool Developer Application

Thank you! We look forward to hearing from you.