Failing at Getting Off-the-Beaten Track in Slovenia

Let me start off by saying that I LOVED the Lake Bohinj area, in Triglav National Park, where we spent most of the day. However, today did not go exactly as I planned.

In the morning, I decided that I wanted to do a hike somewhere far away from all the other tourists. After consulting our hotel owner and a tourist info booth, we set out for a scenic walk just north of a small village called Starza Fuzina. We had a plan, maps, and water in our backpacks, and the views from the parking lot were impressive enough to make me excited for the hike.

We started the hike and found ourselves quickly surrounded by woods, ascending a steep path.

It was very steep, but we passed a few other hikers and decided to be persistent. We trekked onward, looking for the first trail marker. We didn’t see it. For a long time. We did see a lot more rocks and trees, and just kept following the path. Ok, there were a few flowers too. 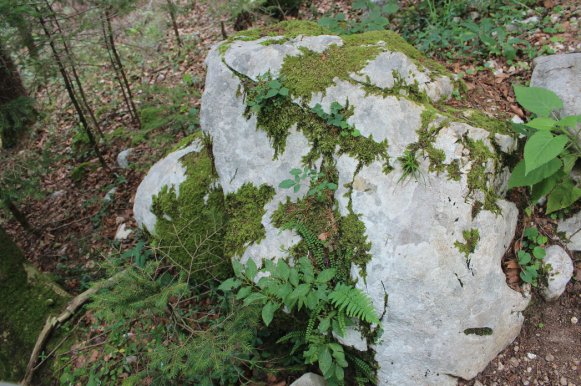 Eventually, we saw a little clearing, with a tiny view, and stopped for a break.

Some Slovenian women passed by, asking us if we’d seen a trail marker. It was then that I realized… hmmm… maybe we’re on the wrong trail. After chatting for a while with the women, consulting GPS on my phone and more maps, we realized that yes, we were not on the trail at all. We stayed with the women a bit longer, though their English skills were not super strong (though better than our Slovenian language skills).

Finally, we found a trail marker! For a mountain that was not at all where we wanted to go. We decided to turn around and head downhill, this time on a proper trail, with red dot markers. 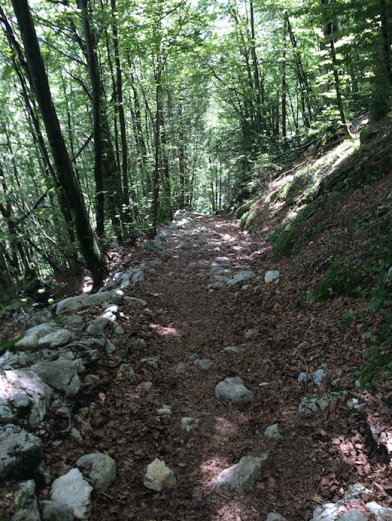 Once we hit a road, the views were beautiful again!

And eventually we found the original trail, though by this point we were too hungry for lunch to see much of it. We saw a bit though. 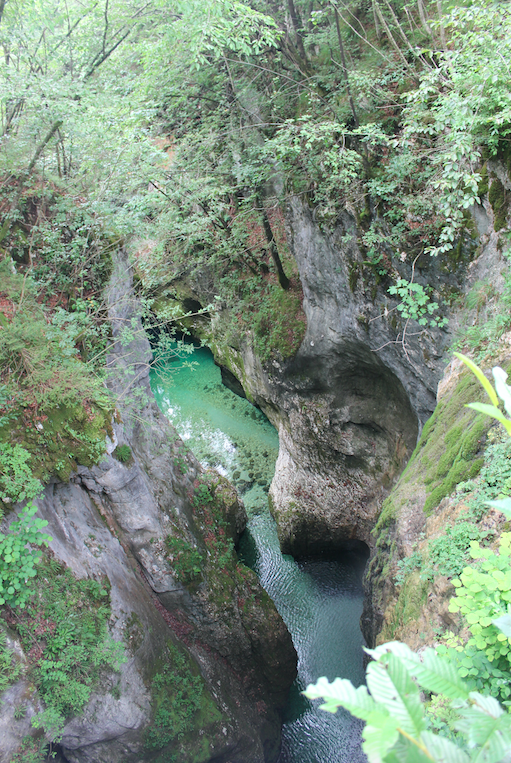 For the afternoon, we decided to head back to the tourist route. For 14 Euro, we got a round trip ticket on the gondola / cable car headed to the top of Vogel Mountain.

I’m kind of terrified of heights, so I got some butterflies in my stomach and my ears popped, but it was so worth it. The views were incredible.

Did I mention that I LOVE mountains?!

I couldn’t stop taking pictures at the top. My little friends Tofu San and Loki got in on the fun too. 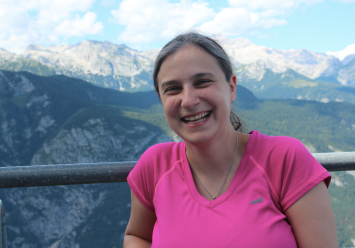 I even did this. Don’t worry, I’m not as close to the edge as it looks: 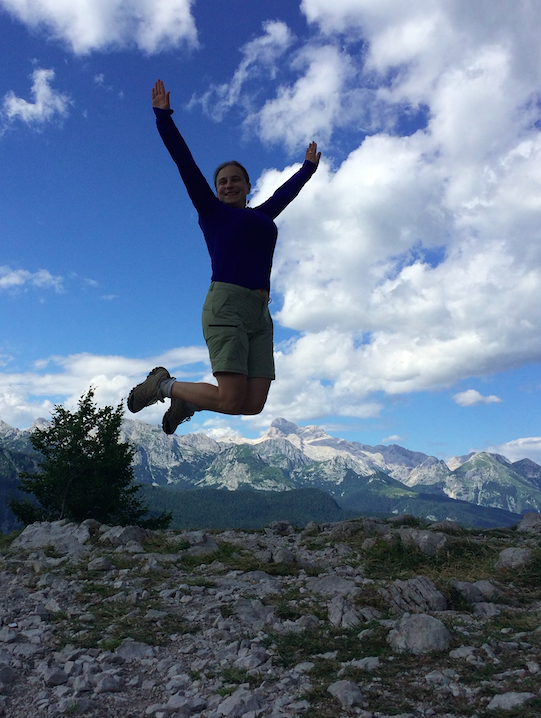 After hanging out in the obligatory tourist areas, where even the cows are used to tourists, we headed back down in the cable car.

Lake Bohinj is really a gem, much less built up than Bled. It’s just a clear turquoise lake surrounded by big mountains. After coming down the mountain, we found a beach for swimming, paid our 1.50 Euro for parking, got some popsicles, and enjoyed the crisp water alongside a bunch of other people. This time, no complaints about the tourists. Apparently, they know how to find the good spots too. 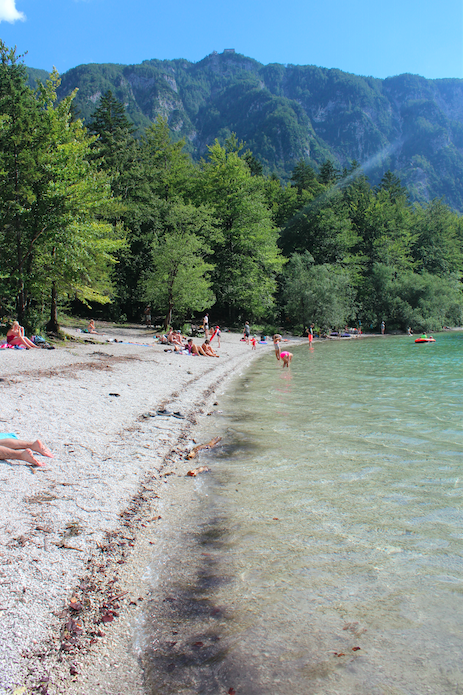