The Making of a Global Citizen: A Peek Inside the Classroom

It’s a new quarter, and that means yesterday we started a new unit. During Holy C.O.W., we’ll be studying world geography, religion, and Cultures Of the World (that’s the COW part). I am so excited to teach about my favorite topic — how we can all become better global citizens!

The last two days have been jam packed. We’ve already started learning about how different countries have different resources. During the Hat Design Olympics, students competed to make the best hat ever, but they did not have the same resources as their competitors! Some only had papertowels or scrap paper to work with, but other teams had aluminum foil, cups, ribbon, and more. 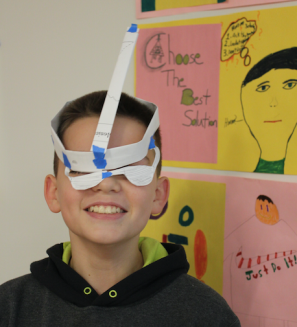 Today, we learned about how different countries sell their resources to other countries. We represented these trade routes with yarn. After we were all connected, we could see how a problem in one country can have a big impact on people in other countries. It’s a little hard to teach and film at the same time, but here’s a little taste of how the activity looks:

Since we know that people all over the globe are connected to each other, we are starting to talk about what it means to be a true global citizen, or someone who gives back to their planet and not just their local community. We watched one of my favorite TED Talks yesterday, about a National Geographic photographer and his experience learning about the world:

For homework, students were asked to draw a global citizen. There was a lot of variation in what they chose to draw: 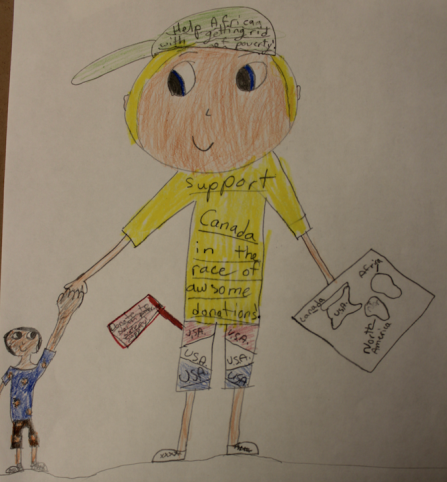 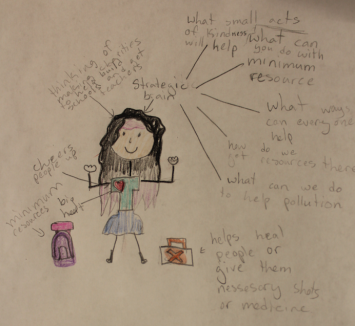 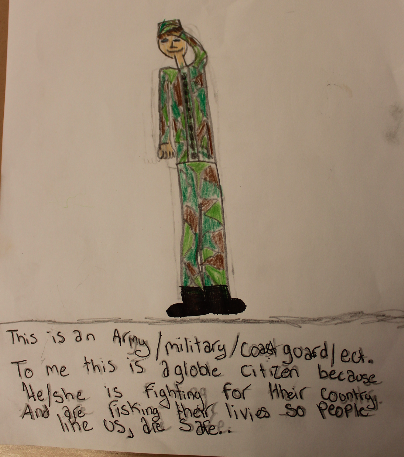 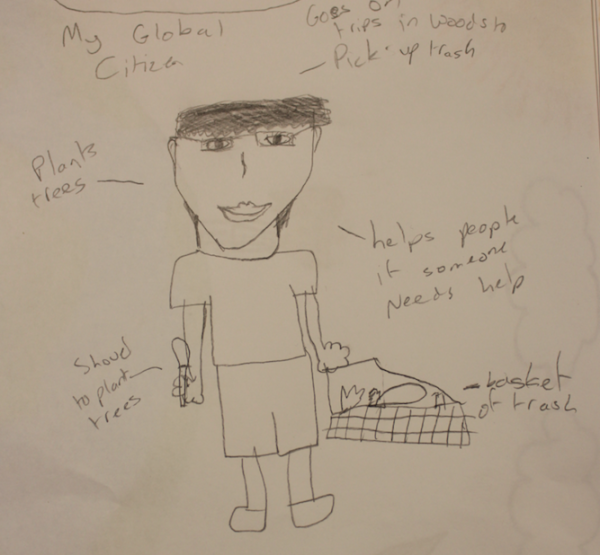 Some students chose to highlight particular people who they felt modeled global citizenship. One student chose Dr. Elizabeth Stern, a scientist who made breakthroughs in cancer detection. She wrote, “Elizabeth is a global citizen because she has saved many people with her discovery… She is helping and being a community member to people all around the world.”

Another student chose President Obama. He wrote, “Obama is a global citizen because not only does he only help Americans he can help people from anywhere.” 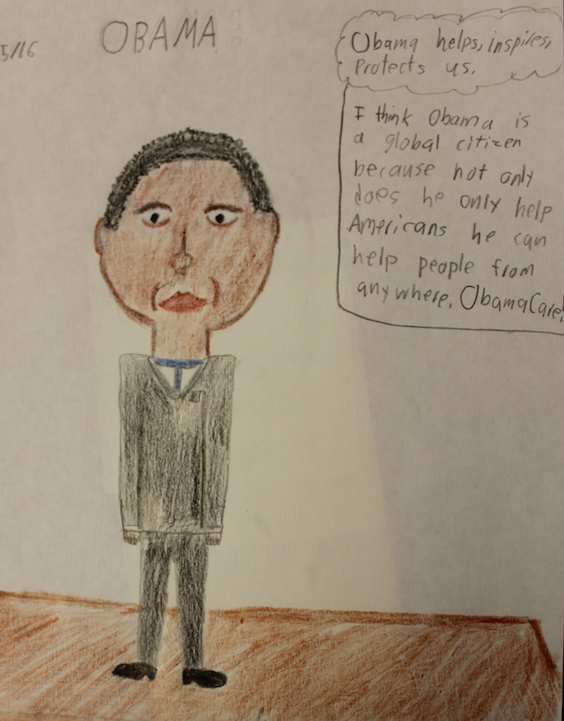 Another student chose Malala Yousafazi, the youngest person to be nominated for a Nobel Prize. This student wrote described her as a global citizen because she “fights for girls education. She wants all education to be equal for everyone.” 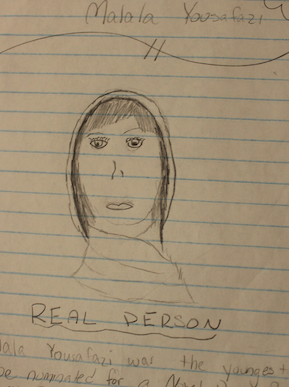 As we continue learning about global citizenship this quarter, hopefully students will see that it’s not so hard to think and act globally. You don’t have to be superhero to make it happen, although sometimes it seems that way. Here’s a last drawing, from a student who drew Ironman as a global citizen! Are you a good global citizen? If you don’t think so right now, keep learning and you will become one soon!