Cape Coast Castle in Ghana: Not a Fairy Tale

When you hear about Cape Coast Castle, do you picture a beautiful place with princes and princesses? Unfortunately, it’s not such a happy ocean palace. As 6th grader Tyler can tell you, Cape Coast Castle is a very real and sad place to be. Tyler visited there this past summer,  when he was in Ghana, a small country in West Africa. Read on to hear about Tyler’s experience. 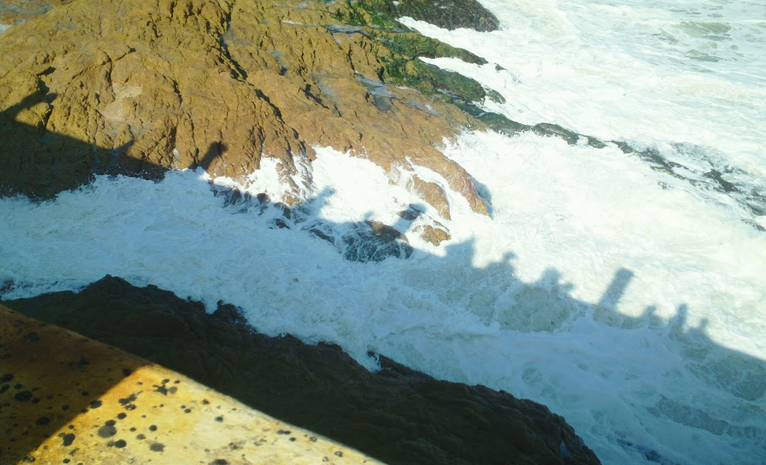 Cape Coast Castle was a place that people would take slaves and throw them in there and do very bad and inappropriate things to them. The photo above, is one of the many rocks that are on the beach next to the ocean. These boulders are countless and would probably take you many hours to count and climb them all.

If you don’t know what these are, they’re called cannons. They shoot cannon balls. They used these cannons a lot whether it’s for shooting a ship that the slaves were getting away in, or shooting down a pirate’s brig coming towards here to capture slaves to be in the “Hearty Crew!”

This was another fortress that got attacked constantly. Everyone wanted it so badly, but too bad that its defense was so great they barely left a mark. Picture this: Close your eyes (Once I’m done talking). Imagine being in this darkness for 75 to 200 WEEKS! That is what it feels like in the cell. I went in there and couldn’t even last 60 seconds in that scorching hot, un air conditioned room. They threw slaves in there if they didn’t listen to their master’s every command. They didn’t even give them Food!!! Some slaves actually resorted to cannibalism (one species eating its own species, as in humans eating humans) just to survive one night. I want you to think about it. If you knew you were going to die in 5 minutes, would you eat your best friend just to survive until tomorrow? Post in the Comments! Thank you!

P.S If you want to know what the building looks like, here you go!